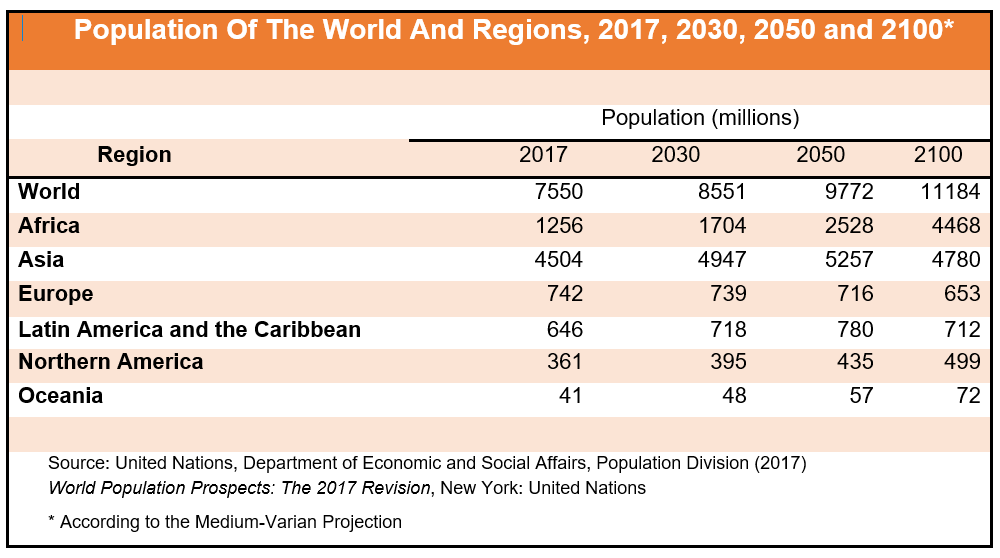 Agriculture Secretary Sonny Perdue likes to tell people that he’s a “grow it and sell it kind of guy” who is always on the lookout for opportunities to do so. Increasingly, that means understanding world population and demand growth – outside of U.S. borders.

That’s because the U.S. population, at roughly 326 million strong, pales in comparison to China, with 1.4 billion hungry mouths to feed and India, with 1.35 billion people. By 2024, India is projected to overtake China as the world’s most populous country. By 2050, Nigeria may pass the United States in population size to become the world’s third largest country, according to United Nations’ population projections last year.

From 2017 to 2050, the United Nations expects that half of the world’s population growth will be concentrated in just nine countries: India, Nigeria, Democratic Republic of the Congo, Pakistan, Ethiopia, the United Republic of Tanzania, the United States of America, Uganda and Indonesia (ordered by their expected contribution to total growth).

For American farmers and ranchers, selling their products into foreign markets is becoming an ever-larger slice of their businesses – with almost continual robust growth in the past half century.

“Agriculture’s business plan doesn’t have as many facets to it as perhaps other industries,” said Chuck Conner, president of the National Council of Farmer Cooperatives. “Our sole business plan for the future of American agriculture is expanding trade.”

“Twenty percent of farmers’ income is from trade,” he said, and each billion dollars in annual U.S. farm exports (about $140 billion in 2017) supports 8,000 American jobs, he said.

The growth, however, has slowed recently. U.S. farm export tallies have leveled off at around $140 billion in recent years, and with uncertainty over a potential $150 billion in tariffs being placed by China, the North American Free Trade Agreement being renegotiated and other potential trade conflicts, there’s a lot of marketplace uncertainty.

USDA economists project the 2018 total to come in slightly below recent levels at $139.5 billion. Projections for U.S. agricultural exports in fiscal 2018 were lowered $500 million from the November forecast, and $1.0 billion below the previous year’s exports

U.S. agricultural imports are forecast at $600 million below fiscal 2017, but $1.5 billion above USDA’s previous fiscal 2018 projection.

Nonetheless, a bevy of factors point to strong domestic and international demand for U.S. farm products, despite some potential emerging obstacles to U.S. trade expansion. (A topic for a later story in this series.)