Posted on September 13, 2018 by Office of Public Affairs 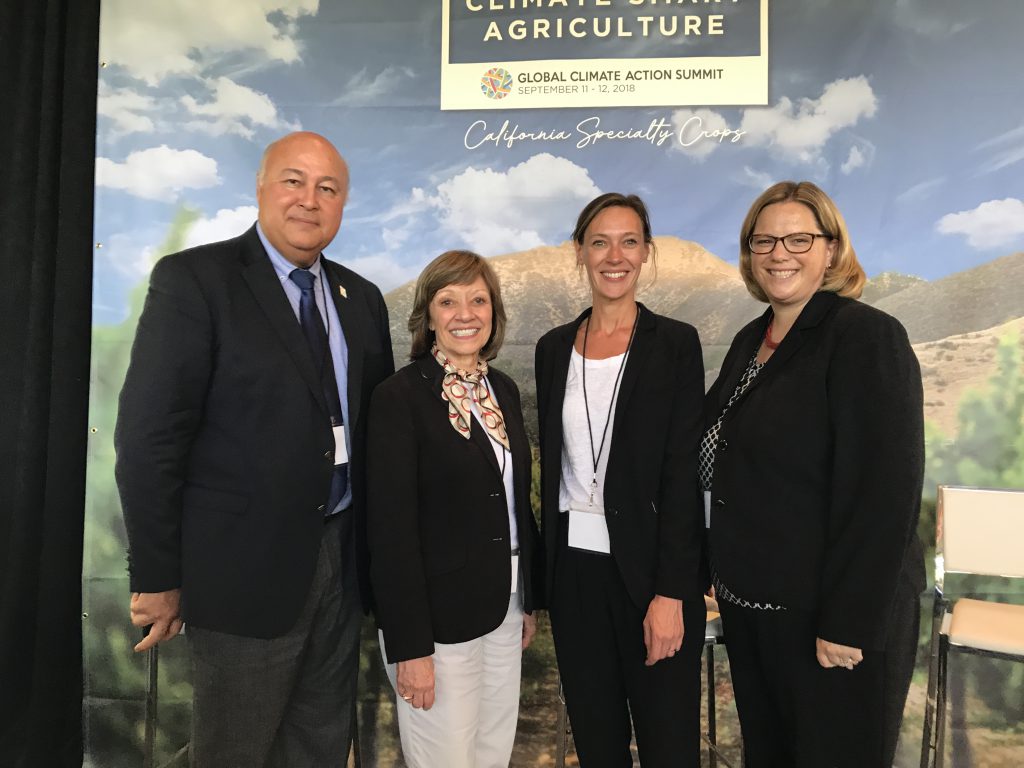 Today, at the Global Climate Action Summit in San Francisco, the government of California announced the launch of a Global Soil Health Challenge in partnership with France.

The challenge calls on governments across the world – both national and sub-national – to include programs that restore soil health under their national plans to meet their targets under the Paris Agreement.

Currently, only 8 governments include programs on soil health in their Nationally Determined Contributions (NDCs). Yet boosting soil carbon is relatively easy, through low-tech sustainable agricultural practices. These measures not only help fight climate change, but increase biodiversity and food security too.

California has invested over $700 million to date in climate solutions for agriculture, which include the on-farm strategies for soil carbon sequestration. The state has specifically committed $22.5 million in climate investments for soil health ­– the first climate commitment for soils in the US. The funds come from the state’s cap-and-trade carbon pricing program and voter-approved bond money.

The platform will enable international collaboration between scientists, farmers and financiers on an ongoing basis in efforts to reduce net greenhouse gas emissions by capturing more carbon in the planet’s soils.

Stephane Travert, France’s Minister for Agriculture and Food, said: “To be efficient and to lead to a true transition towards more sustainable agriculture, many actors have to be mobilised alongside the farmers. The 4 per 1000 Initiative will thus contribute to meeting the goals of the Paris Agreement and the Sustainable Development Goals. It will allow farmers to live well from their work, and contribute to food security.”

Karen Ross, Secretary of the California Department of Food and Agriculture said: “Improving soil health is a powerful climate solution. By removing carbon from the atmosphere and storing it in our soils, we nourish the soil for healthy food production and increase water holding capacity to be drought tolerant and ensure food security. That’s the same whether you’re in California, France or any country in the world.  As signatories to the Global Soil Health Challenge, we commit to apply these approaches and encourage other governments to join us in a soil health revolution to fight climate change.”

About the 4 per 1000 Initiative
The 4 per 1000 Initiative aims to encourage stakeholders to transition towards a productive, highly resilient agriculture, based on the appropriate management of agricultural soils in food security and climate action. Supported by solid science, the initiative invites all partners to implement practical actions on soil carbon storage. The initiative’s Secretariat is hosted by the CGIAR System Organization, an international organization based in Montpellier.

About the Global Soil Health Challenge
Announced by California and France at the Global Climate Action Summit in San Francisco, the Global Soil Health Challenge calls on national and sub-national governments to include ambitious programs of action on soil health in their Nationally Determined Contributions submitted to the United Nations Framework Convention on Climate Change in 2020 and in sub-national climate initiatives as part of broader climate action plans. The signatories agree to promote the development of healthy soils within their respected geographies and report back on their progress at the 2019 UN Climate Summit in New York. The Global Soil Health Challenge is part of a suite of climate smart agriculture practices aimed to strengthen efforts to reduce greenhouse gas (GHG) emissions and sequester carbon on natural and working lands, including agriculture.