Posted on October 3, 2017 by Office of Public Affairs 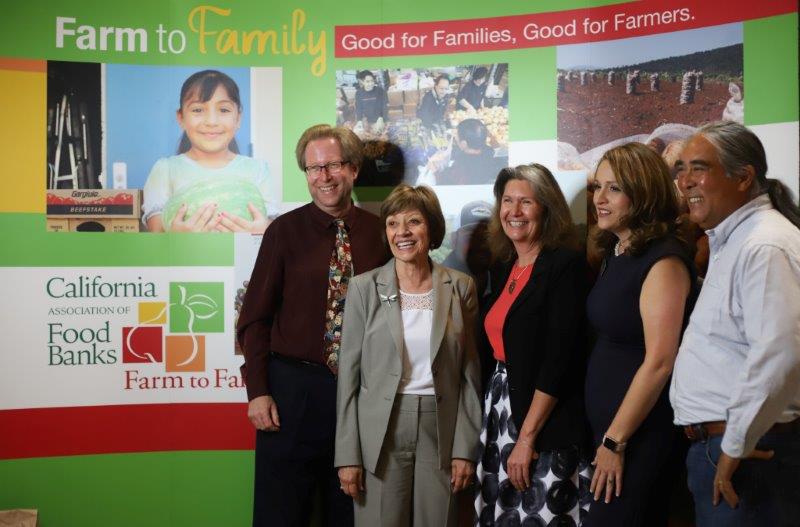 California agriculture joined together in September to raise donations for the state’s annual Farm to Food Bank Month. More than 245-thousand pounds of food–in excess of 122 tons–were donated to the California Association of Food Bank’s Farm to Family Program for needy families in Southern California – from holiday turkeys to olive oil and rice; and tens of thousands of pounds of fresh produce.

CDFA secretary Karen Ross gathered last week in Orange County with leaders in the food bank sector to honor that commitment and to remind farmers and ranchers that the need is year-round, and therefore donations can be, as well.

California Ag has shown strong support for the Farm to Family Program statewide, increasing contributions to 214 million pounds–more than 100,000 tons–in 2016

However, hunger continues to be a substantial problem in California. More than two-million children in our state live in food-insecure households. All told, one in eight Californians struggles with hunger – roughly 5.4 million people. The fact that this occurs in a state with such an enormous bounty of food makes the problem even more glaring.

The generosity of California agriculture during Farm to Food Bank Month is very much appreciated, and it will be a lifeline for a number of needy Southern California families, but it’s clear there is still a great deal of work to do.