Posted on July 2, 2018 by Office of Public Affairs

Food cold chain technologies such as computer vision, artificial intelligence and data analysis are tracking fresh produce from the farm to trucks to stores in an effort to reduce food waste.

The moment a strawberry is picked in the field, it begins to decay. From there, it’s a race to deliver it fresh to the consumer. This was easier a few generations ago when most people worked in agriculture and lived close to food production. Distributing food today is more complex as more consumers rely on supermarkets to get food.

Today, delivery of perishable food relies on what’s known as the food cold chain. This vastly complex distribution of food from farm to fork relies on maximizing the quality and longevity of crops.

“The goal is straightforward and pretty simple,” said Dan Hodgson, a partner with Linn Grove Ventures, a Fargo, North Dakota-based agricultural venture capital group. “The environment around that crop, whether it’s on a truck or a plane, has to be just right all through its journey  —  it’s in the journey where it gets complex.”

Keeping strawberries at the right temperature, humidity and airflow is only one problem. The fruit also needs to be delivered to the right markets in the right amounts on the right days, where it will actually be purchased. 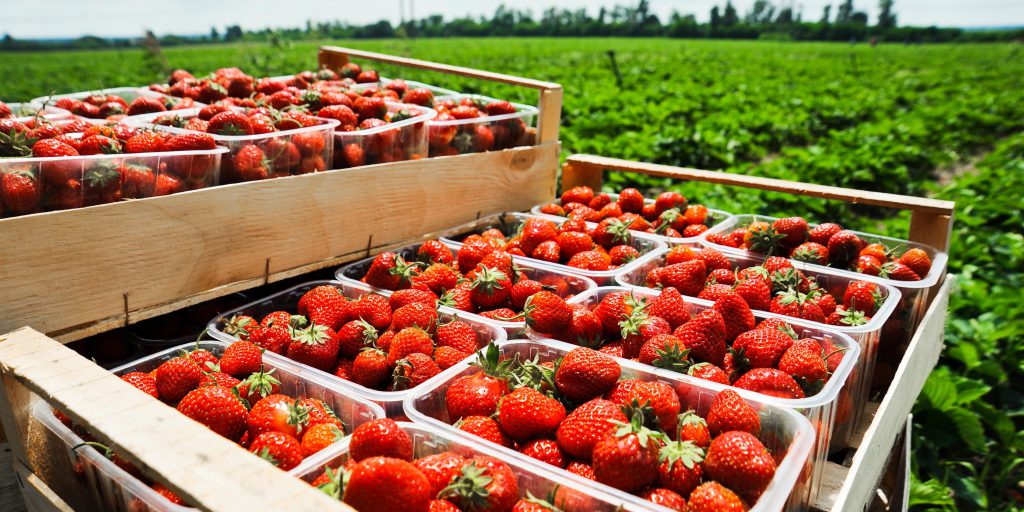 The food cold chain keeps strawberries fresh from farm to store to table.

“Managing quality means managing many different people at each stage of distribution and the different speeds it happens at,” Hodgson added.

“Sensors and cloud computing are helping to really get handle on it.”

That’s where a smartphone app for food inspectors can help, according to AgShift, an agtech AI firm in Santa Clara, California. The company uses algorithms to assist with food inspection at different stages of distribution.

“Let’s say we’re looking at 20 strawberries,” said Miku Jha, CEO of AgShift. “Two different inspectors might come back with two different results. What the technology does is to help those inspectors make more objective observations.”

Photographing produce and sending the pics to the cloud for analysis allows AgShift to leverage computer vision and deep learning algorithms to assess the quality of produce each time it’s inspected on its journey.

More accurate inspections give sellers better insights into the shelf life and pricing of specific shipments of produce. Knowing the quality of each box of strawberries — and other perishables — serves as a baseline for many kinds of decisions in the food cold chain.

The food supply chain starts well before seeds are even planted in the ground. Produce farmers literally map out every inch of field with GPS technology, already knowing what factors could affect planned crops. 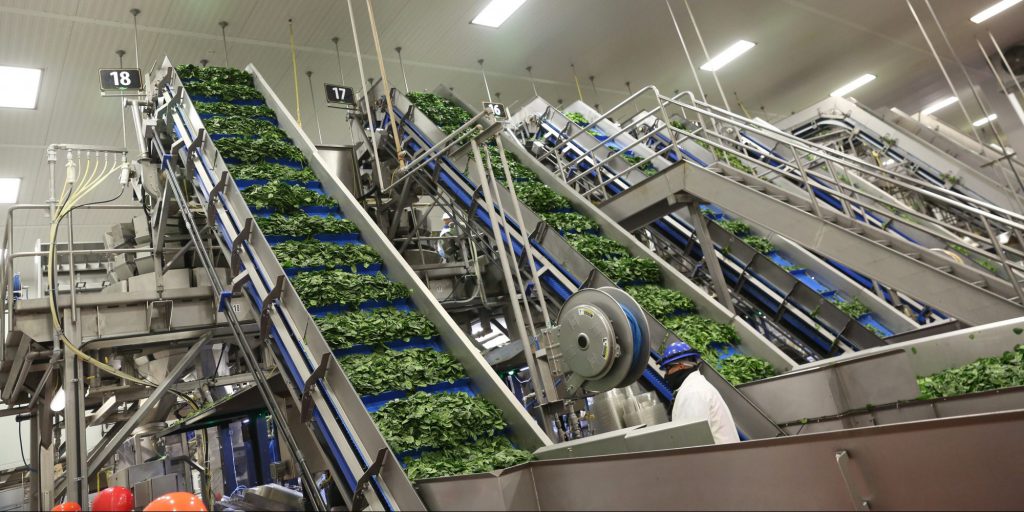 “We have to predict literally a year in advance what our needs are going to be because we contract for all of our lettuce and broccoli acreage,” said Bruce Taylor, CEO of Taylor Farms in Salinas, California.

“If we lose a customer, we’ve got too much lettuce. If we gain customers too fast, we run short. And so it’s a huge planning exercise.”

Taylor said it’s so precise, the operation plants its greatest volume of head lettuce a few months in advance of the biggest salad day of the year in the United States: Mother’s Day.

“It’s important we nail the harvest on that one,” said Taylor.

Taylor Farms is known for being an early adoptor of technologies like computer vision, cloud computing and robotics in the field, especially its move toward automated harvesting.

With the buzz of self-driving vehicles in the news, it’s easy to imagine the cornerstone of food distribution — trucking — would go driverless.

“It would be a wonderful thing,” said Steve Geraci, director of fleet operations at Certified Freight Logistics, a company that provides produce distribution for Costco in Santa Maria on the California central coast.

Not only would it increase efficiency but it also would address labor shortages.

“Recruiting drivers is such a nonstop issue for us because over-the-road trucking is a lifestyle and it’s not for everybody,” he said.

Geraci points to governmental policy decisions that could take years to sort through before food distributors get into driverless truck technology. However, there’s a lot to be said for the advancements in the refrigeration units on Costco’s trailers.

“They have a lot of computing power,” he said. “They’re constantly monitoring the engine, the temperature, moisture and the inflow and outflow of the air circulating in the box.”

The information is transmitted to the cloud where the current status of the unit can be accessed in real time while the truck is on the road. 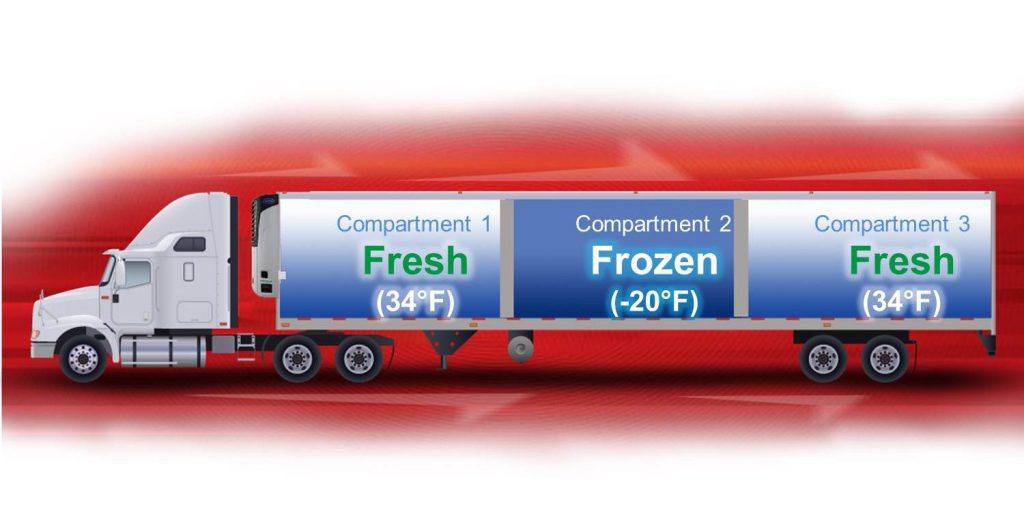 “It’s something we didn’t have five years ago,” said Geraci.

“We grow and produce enough food on the planet to feed 10 billion people,” said John Mandyck, chief sustainability officer at UTC and co-author of Food Foolish: The Hidden Connection Between Food Waste, Hunger and Climate Change.

“We live on a planet of 7 billion and only about 6 billion are getting enough food so that, right there, tells us that we have a 40 percent inefficiency in our system, where about 40 percent of our food never makes it from our farm to our fork.”

Solving food waste with greater cold chain efficiency not only means meeting the nutritional needs of the world’s population by 2050 but also, according to Mandyck, it addresses significant issues of carbon emissions.

“If you measured that as a country, food waste would be the world’s third largest emitter of greenhouse gases,” he said.

Mandyck envisions reducing food waste by introducing basic food cold chain technologies to places in the world such as India or Africa where it’s not unusual for half the harvest of a crop like tomatoes to be lost in shipping. 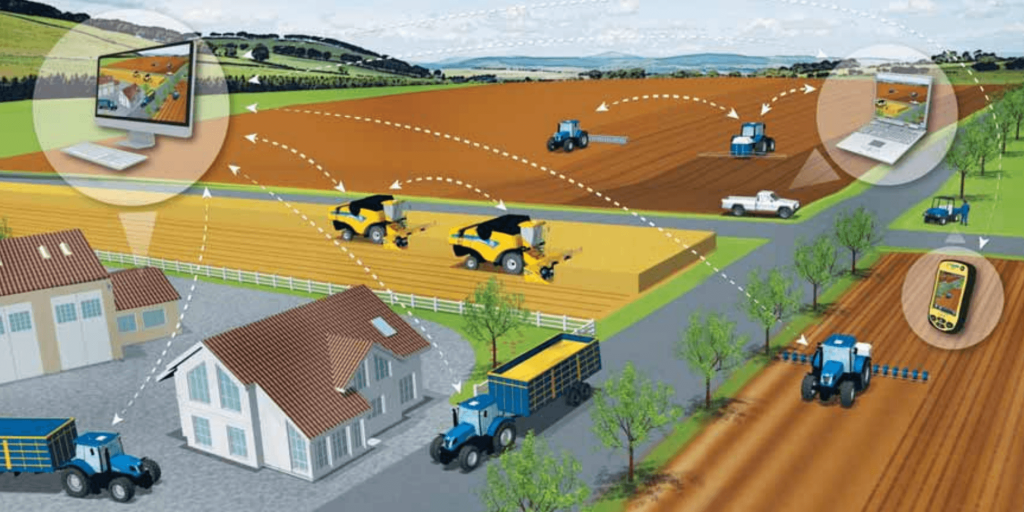 “If those farmers had access to capital to use a small refrigerated truck, they could get 100 percent of the tomatoes to market, get better return on their investment and feed more people,” said Mandyck.

Mandyck’s team has helped design a simple truck cooling system for India and China, where the technology can get food to those underserved. While these aren’t the intelligent cloud-synced trucks UTC develops for the North American and European markets, these lower cost refrigeration trucks maintain 40 degrees Fahrenheit, which can prolong the life of perishable foods.

Perhaps the biggest waste of food happens in the richest countries where farmers sometimes let crops rot because they can’t get a profitable price, supermarkets discard surplus produce, and consumers buy too much food and end up tossing it.

“What we’re doing is helping to connect the dots with people who are focused on this,” said Kevin Fay, executive director of the Global Food Cold Chain Council. “What we found is there are a lot of programs on food waste, but not a lot of are working together.”

Fay believes that solving food waste is a huge deal, one that unlocks solutions to other major global issues.

New technologies like cloud databases and AI can help cut food waste. Fay points to consumer apps such as YourLocal, which alerts users about supermarkets offering discounted food that could otherwise be discarded.

Time-to-destination is one variable that many companies like to optimize in the supply chain, and even more so in food cold chaining, said Giby Raphael, director of logistics and asset management solutions at Intel’s Internet of Things Group. 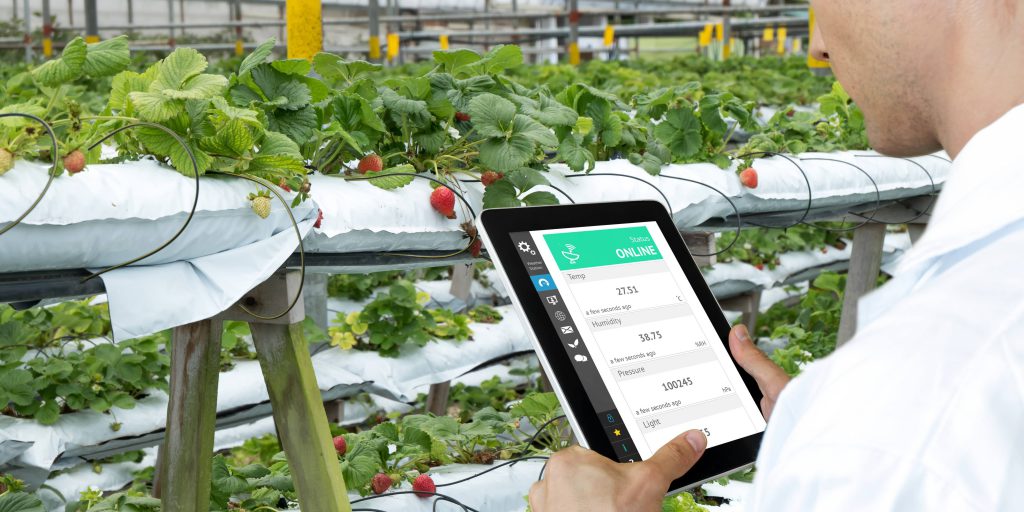 Data is a key driver in improving the food cold chain.

Making faster airplanes, ships and trucks only helps to a certain point, said Raphael. Feeding more into the pipeline helps achieve speed, but at the expense of excessive wastage and cost.

Thus, a holistic approach to optimization is needed and the ability to extract high quality data from the end-to-end supply chain is key to reducing food waste.

“There needs to be a myriad of technologies and standards that come together to make this possible,” he said. “The technology is enabling cheap, granular and high quality data through the ‘internet of things.’”

“What excites me is making data about the food ecosystem a utility,” Menker said.

She said information is one of the most powerful assets in farming, distribution and marketing. Yet getting access is one of the biggest challenges. The information exists  — yet  there simply is no central portal to get at it cost effectively.

Menker’s organization takes large amounts of global agricultural data on the entire food ecosystem and cost effectively synthesizes it for users, including consulting firms, hedge funds, governments and other groups.

Hodgson of Linn Grove Ventures agrees that information is the key driver in improving the food cold chain.

“The more I know about the soil and its conditions, the health of the crops while they’re growing, the condition of a crop after harvest when it’s on a truck  — all of it means the higher quality product I can bring to market.”

See the original post on the IQ by Intel site here.