Posted on September 10, 2018 by Office of Public Affairs 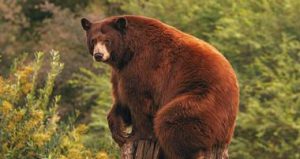 Just days before the world comes to San Francisco to collaborate on ways to protect the environment, Governor Edmund G. Brown Jr. has signed an executive order to safeguard California’s unique plants, animals and ecosystems which are threatened by climate change.

“The new reality of climate change requires a more thoughtful and systemic approach that considers the connections and the vast web of relationships that tie together the myriad elements of California’s ecosystems,” Governor Brown wrote in the order.

California is home to more species of plants and animals than any other state in the country.

The deserts, forests, mountain ranges, valleys, wetlands, woodlands, rivers, estuaries, marine environments, rangelands and agricultural fields of California provide refuge for a vast array of species including approximately 650 species of birds, 220 mammals, 75 amphibians, 70 freshwater fish, over 100 marine fish and mammals and approximately 6,500 native plants – of which 2,000 or more are rare.

Together, the state’s plants and animals co-exist to create the complex ecosystems upon which so much of California’s people and economy depend.

This executive order directs the Department of Food and Agriculture and the Department of Fish and Wildlife to work together to safeguard existing plants and animals while restoring and protecting habitat across both working and wild places.

The steps outlined in the executive order and complimentary California Biodiversity Initiative will improve understanding of the state’s biological richness and identify actions to preserve, manage and restore ecosystems to protect the state’s biodiversity from climate change.

The text of the executive order can be found here.

Note – CDFA is participating in the Biodiversity Intiative through its Healthy Soils Program Action Plan and Ag Vision, in addition to providing leadership and collaboration on critical issues like plant and animal protection, climate change, and the maintenance and development of natural and working lands.