Wettest start to NorCal rainy season in 30 years, but drought persists – from the Sacramento Bee

Posted on November 29, 2016 by Office of Public Affairs 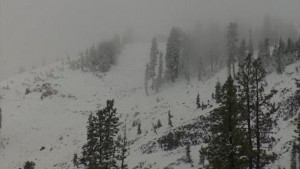 By Dale Kasler and Ryan Sabalow

It’s only a beginning. But it’s a strong beginning, and it offers at least a rain gauge’s worth of hope to a state enduring its fifth year of drought.

The National Weather Service said Monday that the rainy season in the northern Sierra Nevada is off to its wettest start in 30 years. Mountain conditions are critically important to monitoring the drought because a major share of the state’s water supply is stored for months as snow.

Citing state data from a string of eight gauges scattered around the northern Sierra, the service said precipitation has come in at about twice the average for this time of year, making for the wettest kickoff to the water year in 30 years. The water year, as defined by climatologists and others, begins Oct. 1.

However, the strong start doesn’t guarantee an end to the drought, or even meaningful relief.

As it is, the rainy beginning is largely the result of one of the wettest Octobers ever, which dumped four times as much rain on the Sacramento region as normal, said weather service forecaster Travis Wilson. Already, there are signs of a slowdown: Despite the wet Thanksgiving weekend, November has been relatively dry, with the Sacramento area getting only about half the normal rainfall.

The two-month wet spell “doesn’t guarantee you anything,” Wilson said.

As if to underscore the forecasters’ caution, the state Department of Water Resources, in the season’s first outlook on water supplies, announced Monday that State Water Project customers can expect to receive 20 percent of their requested deliveries in 2017. The SWP serves some of the biggest water agencies in the state, including the Metropolitan Water District of Southern California.

While 20 percent is twice as generous as a year ago, when the state told SWP customers to expect a 10 percent allocation, it shows that reservoir managers are still conservative. “We could still end up in a sixth year of drought,” said department director Mark Cowin in a prepared statement.

Forecasters weren’t expecting a wet year at all when the season began. A few weeks in, the National Weather Service declared that the United States would experience a La Niña winter this year. For California, that raised the prospect of an average or even somewhat dry year. The last La Niña, in 2011-12, left California with a dry winter.

Still, experts say this season’s La Niña conditions are expected to be fairly weak, which means they can’t predict with any certainty how much rain and snow the winter will bring. La Niña is a weather phenomenon linked to comparatively cool water temperatures in the Pacific Ocean.

Some of the key weather gauges show the season is off to a decent start. Shasta Lake, the state’s largest and most important reservoir, is at 7 percent above its normal capacity for late November. But Folsom Lake is 8 percent below average and Lake Oroville is 30 percent below. Drought conditions are considerably worse south of the Sacramento region. San Luis Reservoir, one of the most important reservoirs in the San Joaquin Valley, is about one-third below normal.

Overall, the major reservoirs are holding twice as much water as they did last year at this time, said spokesman Shane Hunt of the U.S. Bureau of Reclamation, which operates the federal government’s reservoirs and dams in California.

That leaves reservoir managers “cautiously optimistic,” Hunt said. But he noted that January is usually the wettest and therefore the most crucial month in the entire season.

“We’re still conserving storage when we can and pumping water south of the Delta when we can,” he said. The giant pumping stations in the Sacramento-San Joaquin Delta are the transit points of California’s north-to-south water delivery system.

A big mystery is the health of the Sierra snowpack. A solid snowpack can store millions of acre-feet of water through the spring and early summer, refilling the reservoirs and effectively extending the rainy season.

For now, though, little is known about the snowpack. The state Department of Water Resources won’t conduct its first snowpack measurement of the season until late December or early January. The snowpack generally peaks in April, and then starts thawing out.

In the meantime, state officials said they aren’t overly heartened by the wet start to the water year.

“In California, you can go from wet to dry on a dime,” said Ted Thomas, a spokesman for the Department of Water Resources. “We’re not out of the drought by any means.”