Posted on January 10, 2017 by Office of Public Affairs 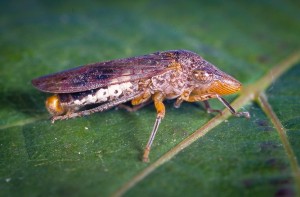 Authorities in San Diego Monday announced a $160,328 settlement against two related plant businesses as part of a civil environmental prosecution alleging the companies unlawfully distributed infested and potentially infested plants throughout the state in May 2014 and February 2015.

The agreement by Plant Source Inc. and Viva Farms LLC resolves allegations made in a lawsuit that claimed the distributors unlawfully sold and transported plants throughout California in violation of the Pierce’s Disease Control Program. The program was established by the state Legislature in response to a statewide agricultural emergency caused by a plant-killing disease that affects California’s grape industry and other agricultural commodities.

They found that in May 2014, Plant Source, operating under an agreement to comply with the disease control program, failed to follow requirements and unlawfully shipped 35 separate shipments containing 624 crape myrtle plants to Home Depot stores in California.

Seven of the 35 shipments were found to be infested with glassy-winged sharpshooter egg masses. The insect is a large leafhopper, which carries and spreads the plant-killing Pierce’s disease, which can devastate entire crops.

Plant Source was placed under additional plant-shipping restrictions after the 2014 investigation. However, the company again failed to follow the program requirements in February 2015 and unlawfully shipped 48 plants to a non- infested area of San Luis Obispo County, and 315 palm trees to a non-infested area of Imperial County.

Plant Source and Viva Farms cooperated throughout the investigation and worked to enhance their policies and procedures to eliminate improper transporting, officials said.

“This judgment makes it abundantly clear how serious Pierce’s disease is for California,” Department of Food and Agriculture Secretary Karen Ross said. “Whether you sell plants, harvest grapes, make wine, or enjoy grapes at the table, the rules at the core of this case benefit the public by preventing the spread of disease and protecting the vines that are the center of California’s world-class vineyards.”