Ag investment in tech is booming – from Ag Web 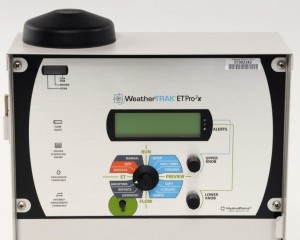 If it seems to you advanced ag technology is invading farm fields across America, you should see Silicon Valley. Investors have poured more than $10 billion into agtech inventions since 2014, according to AgFunder, an online marketplace tracking the sector.

One thing that has become increasingly clear to many investors:  farmers are key to the process.

“We’re on the cusp of the next agricultural revolution, and this one is going to be digital as well as biological,” says Louisa Burwood-Taylor, AgFunder’s head of media and research. Just as the first relatively simple cell phones hit the market in the 1990s, touching off a race to innovation and fast adoption just a few years later, the same is happening in agtech, she says. “We’re just at the beginning.”

Of the $3.2 billion invested in 2016, the largest portion, 40%, went toward developing new food-service and e-commerce technologies, such as services that deliver fresh groceries and link consumers to food production, according to AgFunder. FreshDirect is one example. The second-largest chunk of investment, 22%, went toward coming up with new biotechnology tools, such as a new microbial seed coating for cotton. Indigo Agriculture is an example in this category. The third-largest portion of investment, at 11%, went toward farm-management software, according to AgFunder. FarmersEdge is an example in this group.

More than 300 start-up companies and investors gathered in Silicon Valley recently to showcase their inventions and look for opportunities.  Some (but not all!) of the new agtech creating buzz:

One prominent theme of the conference was farmers. While Silicon Valley has plenty of data scientists, these start-ups are often short on real farmers to ground-truth the new technologies, says Kirk Haney, CEO of a new agtech acceleration fund called Radicle, whose major backers include Bayer CropScience, DuPont Pioneer and the agtech venture fund Finistere. That can be an obstacle when investors are accustomed to high-tech inventions going from drawing board to customer hands – and profitable mass adoption — in a year or less, he says.

“Investors have two enemies: time and money,” Haney says. “But once you involve venture capital, your enemy is time.”

Farmers interested in serving on user groups or otherwise volunteering to test new technologies – or who want to show off their own inventions — can visit Radicle’s website at http://radicle.vc and click on Contact. After all, says Haney, “You have to have dirt under your fingernails to know farming.”