Arrrrr – Pirates may be responsible for U.S. rejection of the metric system – from the New York Post

Posted on September 22, 2017 by Office of Public Affairs 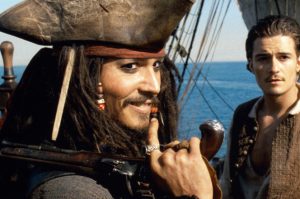 The United States could be using the metric system — the universal system of measurement that every industrialized nation uses except the U.S. — if it wasn’t for a bunch of pirates 224 years ago.

French philosophers developed the metric system in Paris in the late 18th century to make trade easier and calculations simpler. They sent an aristocrat and fellow academic, Joseph Dombey, to the U.S. in 1793 to meet with then Secretary of State, Thomas Jefferson, according to the Washington Post.

At the time, the U.S. was desperate for some semblance of a measurement system. In his first State of the Union address, George Washington called the need for a standard unit of measurement “an object of great importance.”

Jefferson was appointed to make this happen. Since France had recently helped the U.S. win the Revolutionary War, the philosophers believed Dombey could easily persuade Jefferson to convince Congress to adopt the new system.

The metric system was then made up of two standards of measurement — a rod that measured one meter and a copper cylinder that weighed one kilogram. Dombey traveled with both items.

But on his way across the Atlantic, Dombey’s ship hit a nasty storm and he ended up in the Caribbean where pirates captured him. He died in prison shortly after.

By the time France sent someone else to the U.S., Edmond Randolph had become Secretary Of State and he didn’t really care about what measurements were used.

Though the metric system has, nevertheless, slowly made its way into American life — we buy soda in liters and U.S. companies conduct international trade using meters — we’re still kilometers, er, miles behind the rest of the world.

“The Dombey event is probably a bit of a footnote to history,” Keith Martin, a research librarian at the National Institute of Standards and Technology, told the Washington Post. But had Dombey completed his journey, “it could have made a big difference.”

This entry was posted in Measurement Standards and tagged DMS, measurement standards. Bookmark the permalink.