Posted on October 24, 2017 by Office of Public Affairs

According to production statistics compiled by the USDA’s National Agricultural Statistics Service and released by CDFA, lettuce is the fifth largest commodity in California, with a value of nearly $2 billion. Roughly 75 percent of the nation’s lettuce and leafy greens are grown in California.

There are three main growing regions.  The Central Coast, which includes both the Salinas Valley and the Santa Maria/Oxnard region, is the largest with 75 percent of production for the state, the Desert region is the second largest with 19 percent of production and the Central Valley – which acts as a seasonal transition region between the other two – produces the final 6 percent. 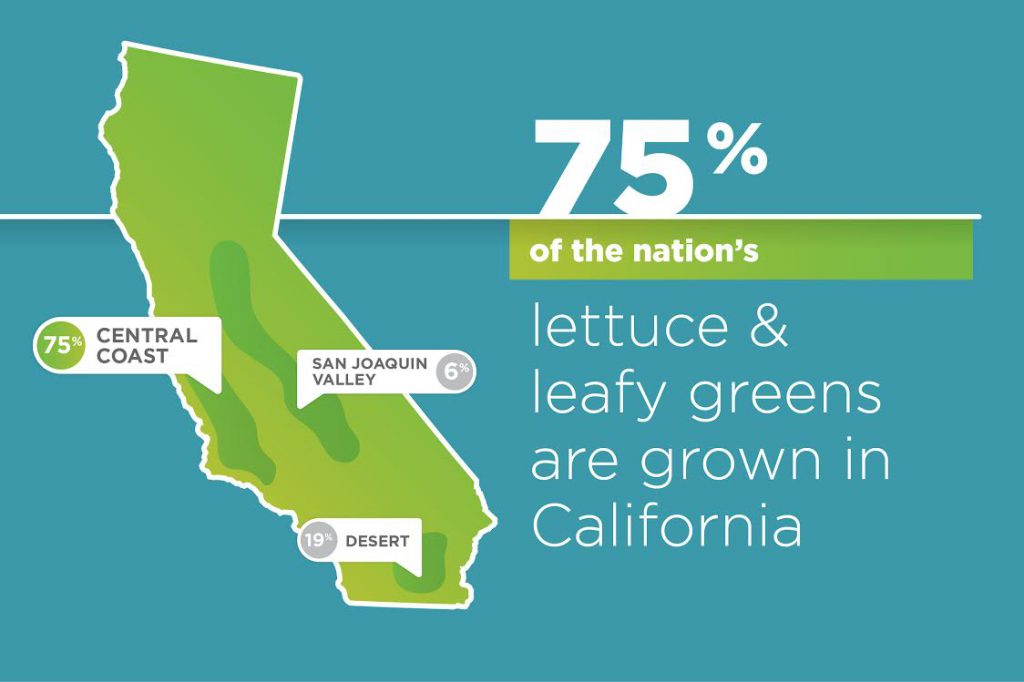 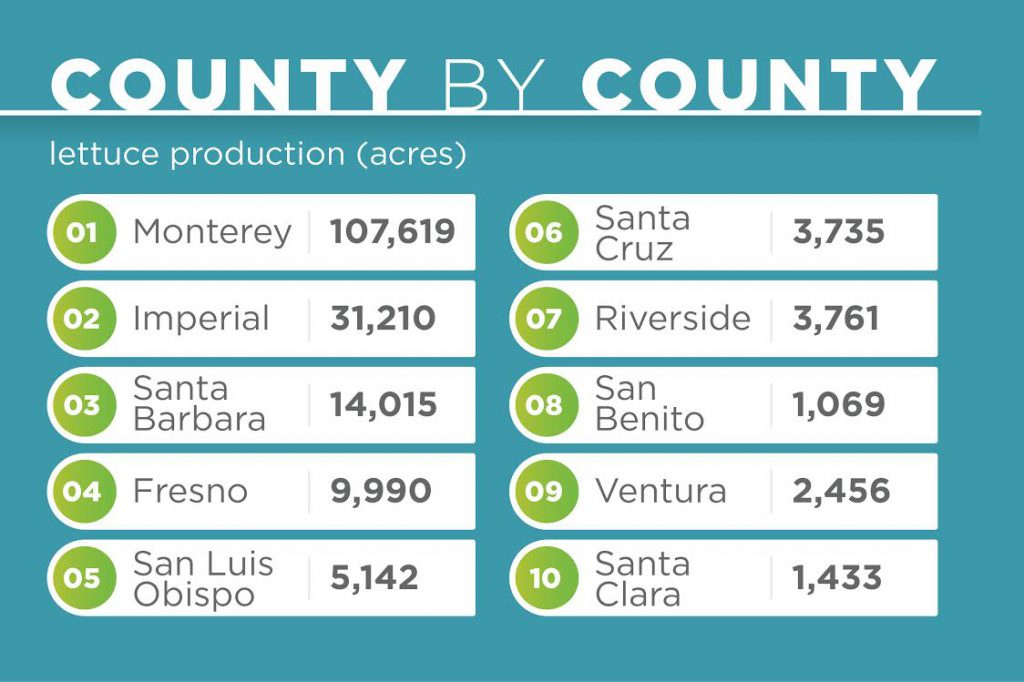 Lettuce is produced year-round in California, but this crop does demand good weather.  Ideal conditions for leafy green crops are high temperatures in the 60s or 70s and lows in the 40s.  Because of this, the Central Coast is a huge growing region that produces lettuce between the months of April and November.  Winter in the hot Desert Region is perfect for leafy greens from November through March.  And the Central Valley covers the transition period in Spring and Fall.

California is not the only source of leafy greens in the U.S.  Arizona is another substantial producer. It is estimated that combined the two states produce nearly 95 percent of US leafy green crops.

There are 14 different leafy greens covered by the California’s Leafy Greens Marketing Agreement. While lettuce is the most heavily-produced, some of the others include  spinach, kale and cabbage.