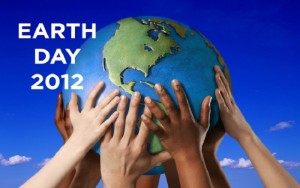 As the daughter of a farmer, I grew up with a love of the land and a deep respect for nature – you might say a native understanding that every day was Earth Day. My father worked the land. He took care of it and it took care of us, as well as many other people consuming what our farm produced. As California’s secretary of agriculture, I welcome the attention that the annual observance of Earth Day (April 22) receives, with the understanding that the age-old give-and-take relationship hasn’t changed – our farmers and ranchers are stewards of an environment that gives us so much, while also feeding the rest of the country and the world.

At CDFA, we are committed to facilitating the partnership between farming and the environment. In our efforts to quantify the value society derives from working agricultural lands, we have defined a concept called ecosystem services – the multiple benefits that come from farming and ranching. This means that the management decisions and conservation practices of farmers and ranchers enhance open space, wildlife habitat and environmental quality; provide recreational opportunities; and offer social benefits. In September of last year, I appointed the Environmental Farming Act Science Advisory Panel, which is working to establish a scientific process and potential incentives to recognize these activities.

We’re engaged deeply on climate change. The agriculture community is committed to understanding its contribution and knowing its role in the plan for reforms. Climate change and greenhouse gases are key elements in Ag Vision, a program spearheaded by the California State Board of Food and Agriculture to bring together diverse stakeholders who share a common goal – the long-term viability of California agriculture. The group has released a dozen strategies to strategically address California agriculture’s major challenges – including the promotion of renewable energy and helping with adaptation to climate change.

Speaking of renewable energy, dairy digesters are also getting a lot of attention in our world. But for now, it remains a discussion about potential, as the barriers to entry are significant. Our agency is part of a multi-agency workgroup looking to break down those barriers and pave the way for more digesters in California.

Governor Brown has made renewable energy a cornerstone of his policy platform. Beyond the environmental benefits, which are universally recognized, the governor sees a role for renewable in California’s economic recovery. Investments in clean energy produce two to three times as many jobs per dollar as gas, oil or coal, and dollars invested in clean energy tend to stay in California.

So it’s still true – every day is Earth Day. Our mission as a people is to never lose sight of that.