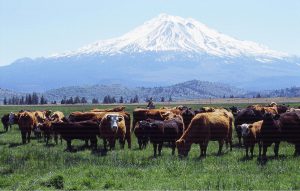 From a CSU Chico News Release

The Agribusiness Institute (ABI) at California State University, Chico has released a report detailing agriculture’s contributions to the regional economy of Northeastern California. The report based on 2016 data shows that despite a continued decrease in commodity prices from a high in 2014, agriculture continues to be a driving force in job creation and economic activity within the region.

One in five jobs and $.16 of every dollar created by the Northeastern California economy was tied to agriculture in 2016, according to The Contribution of Agriculture to Northeastern California’s Economy in 2016, written by ABI Director Eric Houk, a professor of agricultural business in the College of Agriculture. The report covers economic activity in Butte, Colusa, Glenn, Lassen, Modoc, Plumas, Shasta, Sierra, Siskiyou, Sutter, Tehama, Trinity and Yuba Counties.

The full report is available online at www.csuchico.edu/ag/about/agribusiness-institute.shtml