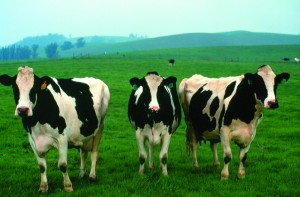 The National Association of State Departments of Agriculture (NASDA) has released its latest iteration of a recurring survey of state laws governing raw milk. Five states have strengthened standards for how much bacteria is permitted in government sampling of raw milk, including New Hampshire, Pennsulvania, Idaho, Vermont and South Dakota. No states have relaxed their standards since 2008.

The survey reports that California is among eight states where the coliform standard is set at no more than 10 coliform bacteria per milliliter, which is equivalent to the national standard for pasteurized milk. Elevated levels of coliform bacteria in milk samples indicate that the raw milk may have encountered unsanitary conditions during the process from production to bottling.

The survey was conducted in April, May and June of 2011. A press release and summary of the survey’s findings is available at www.nasda.org.  Food Safety News has also published an article about the survey.