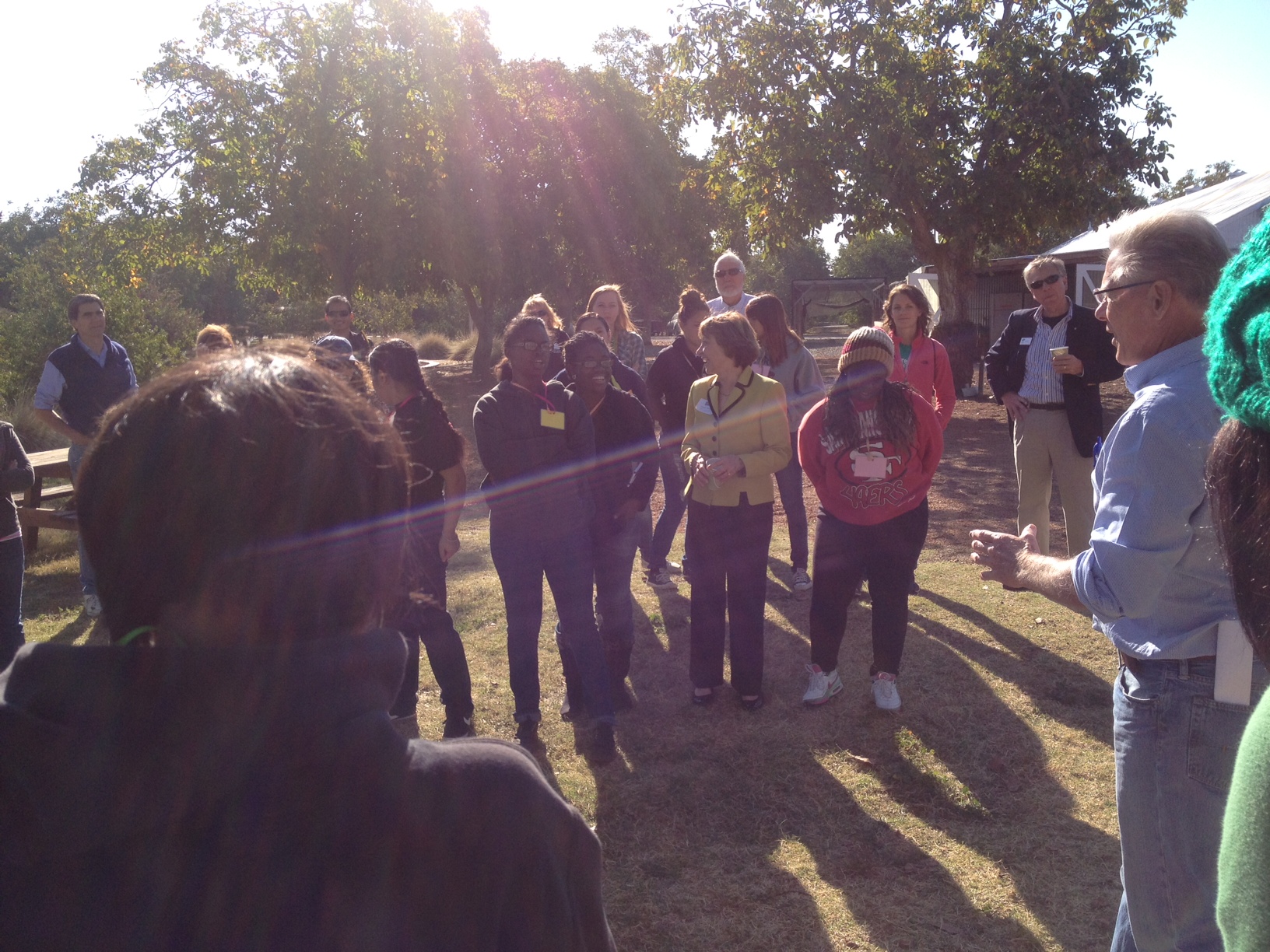 CDFA Secretary Karen Ross (center) with students at the 20th anniversary celebration for the Center for Land-Based Learning in Winters. Founder and State Board of Food and Agriculture President Craig McNamara is in the foreground on the right.

Earlier this week I had the honor and pleasure to help celebrate the 20th anniversary of the Center for Land-Based Learning, a non-profit organization in Winters started by California State Board of Food and Agriculture President Craig McNamara and his wife, Julie, to help connect young people with nature and agriculture.

In the last two decades, the Center has become a force in this state for its extremely effective youth development and beginning farmer education. I want to commend Craig for his vision, passion and commitment of resources to make the Center an entity that touches so many people in such positive ways and is absolutely contributing to a better future for California agriculture.  Happy Birthday, Center for Land-Based Learning!