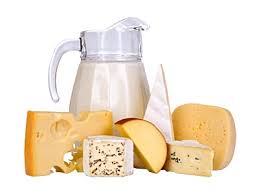 California’s role as the nation’s leading producer of agricultural products is well known. In 2012 California’s farms and ranches accounted for $42.6 billion in output. California produced 15% of the nation’s total value of crop production and 7.1 percent of the value of livestock and livestock products.

Most people, however, are probably less familiar with the state’s vitally important food and beverage processing sector, which is responsible for acquiring the bounty produced on California’s farms and ranches and converting it to the food, beverage, and fiber products demanded by consumers worldwide. Our study quantifies the economic impact of this integral component of California’s economy. Food and beverage processing is California’s third largest manufacturing sector, following computers and electronics and chemicals, and California’s total of 3,421 food manufacturing establishments is the largest in the nation.

Based upon its direct value-added contribution, the food and beverage processing sector is the third largest manufacturing sector in California, comprising 9.2% of the state’s manufacturing value added, and trailing only electronic and computer equipment (34.5%) and chemical manufacturing (15.8%).

With milk production being California’s largest agricultural industry, it is no surprise that dairy is the state’s leading food processing industry. Dairy processing directly accounted for $3.37 billion in value added. Once the multiplier impacts from the sector’s activities are included, the total economic impact of dairy processing in California is $15.6 billion. We estimate that the dairy sector directly accounts for 18,000 jobs, and that another nearly 122,000 jobs are generated from the indirect and induced impacts, resulting in over 139,000 California jobs that can be traced directly or indirectly to the dairy processing sector.

Grape production, California’s second largest agricultural industry in 2012, goes into producing wine and other grape beverages, table grapes, and raisins. Wineries represent California’s second-leading food and beverage processing sector, accounting for $3.65 billion in direct value added in 2012. The multiplier for wineries is estimated to be 3.05, meaning indirect and induced impacts accounted for an additional $7.4 billion in value added in 2012. California wineries were directly or indirectly responsible for just over 100,000 jobs in 2012.

Rounding out the top five California food and beverage processing sectors for 2012, in terms of value-added, were baking (comprised of bread and bakery product manufacturing; cookie, cracker, and pasta manufacturing; and tortilla manufacturing); fruit and vegetable canning, pickling, and drying; and soft drink and ice manufacturing.

These sectors were responsible for $2.64 billion, $2.22 billion, and $1.72 billion in direct value-added activity, respectively. In terms of employment, the baking sector accounted directly or indirectly for more than 89,000 jobs, the fruit and vegetable canning, pickling, and drying sector was responsible for another 73,000 jobs, and total employment due to the soft drink and ice-manufacturing sector was about 58,000.