California leads the nation with $2.88 billion in horticultural sales

Posted on December 16, 2015 by Office of Public Affairs 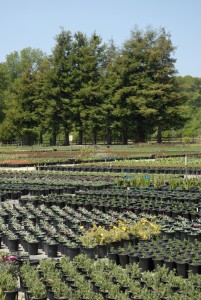 SACRAMENTO – California leads the nation with $2.88 billion in horticulture sales, according to the 2014 Census of Horticultural Specialties report released by the U.S. Department of Agriculture’s National Agricultural Statistics Service (NASS). Of the $13.8 billion total horticultural sales in the U.S., 21 percent were from California.

This report contains the results of the tenth Census of Horticultural Specialties conducted since the program’s inception in 1889. “Because horticulture production is becoming more diverse in the United States, NASS worked with key stakeholders to ensure the 2014 Census of Horticultural Specialties would meet the needs of growers, industry leaders, and policymakers,” said Chairman of the Agricultural Statistics Board Mark Harris. “We added 60 new items to the questionnaire to provide the most up-to-date assessment of current industry trends, including items like peonies, lavender, rudbeckia, cacti and succulents.”

The top commodities in California horticulture sales reflect this very diversity. Top commodities sold in 2014, and compared to 2009, were:

Some operators who contributed to the Census of Horticultural Specialties report will receive the Floriculture Survey questionnaire in December. “The Floriculture Survey provides California growers the opportunity to serve as the foremost source of data on production,” said Director of the USDA NASS Pacific Region Chris Messer. “Growers, buyers, suppliers and others rely on this information to help make sound business decisions. This crucial information will help identify state and national trends in areas such as product development, changing production practices, and product diversity in floriculture industry,” said Messer. The Floriculture Survey results will be published in the spring next year.

Access the full Census of Horticulture Specialties report at: http://www.agcensus.usda.gov/Publications/Census_of_Horticulture_Specialties/.

This entry was posted in Agricultural Marketing and tagged horticulture, NASS, USDA. Bookmark the permalink.