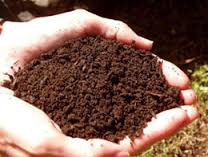 Legislation by Senator Lois Wolk (D-Davis) to support agricultural practices that reduce greenhouse gas emissions and store carbon in soil, trees and plants was approved on a 6-0 bipartisan vote of the Senate Environmental Quality Committee this week.

“Agriculture is a vital part of our state’s economy already threatened by rising temperatures, limited water resources and other effects of climate change. Agriculture can also play an important role in addressing climate change, something the Governor has acknowledged,” said Wolk, D-Davis. “My bill provides farmers and ranchers greater access to funding and other resources to help them adapt to the state’s changing climate while reducing their greenhouse gas emissions and storing carbon in the soil, providing additional environmental, health and other benefits.”

SB 1350 also appropriates $20 million in Greenhouse Gas Reduction Fund monies to set up the program, which would be operated by the California Department of Food and Agriculture, the bill’s sponsor.

“Climate Smart Agriculture isn’t just a concept in California – it’s something our farmers embrace and employ as they make their daily decisions in the field,” said California Agriculture Secretary Karen Ross. “These measures reinforce the agricultural community’s commitment to help the state ‘move the needle’ toward its climate change goals, and they provide specific strategies to accomplish that.”

SB 1350, which will next be heard by the Senate Committee on Agriculture, is supported by groups including California Farm Bureau, Environmental Working Group, National Audubon Society, Carbon Cycle Institute, California Trout, Californians Against Waste, and California League of Conservation Voters.