Farms + Data: California’s farms are smaller than the US average, but they’re big on diversity – and productivity 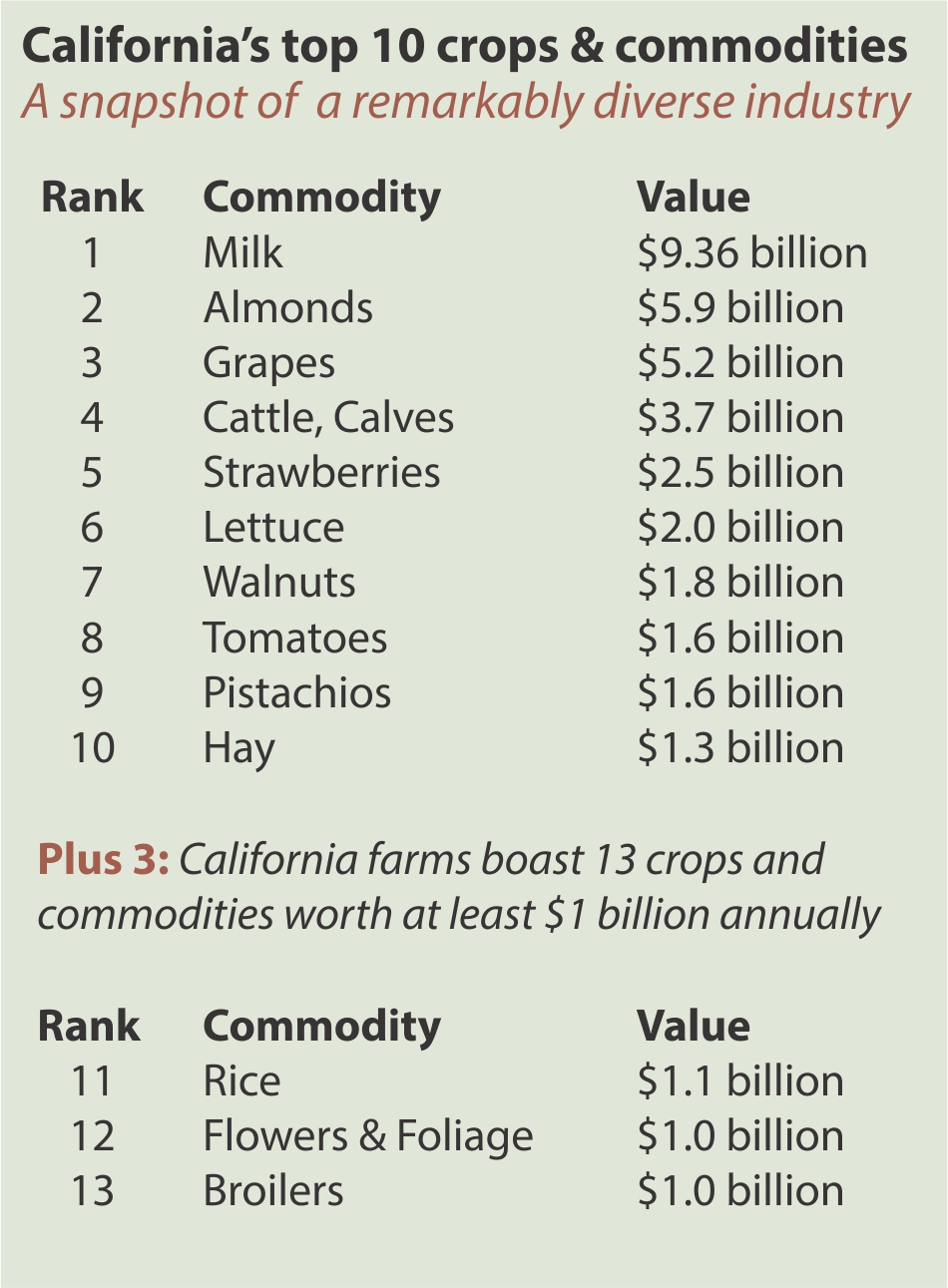 California is America’s agricultural leader, providing $54 billion in crops and commodities in 2014. In a word, California’s farms are diverse. We grow approximately 400 crops and commodities, from almonds to zucchini. Our top five ag products include dairy, nuts, fruit, berries and livestock. The top ten also include leafy greens, vegetables and feed. That’s unmatched variety.

California is the top dairy state with 19 percent of the nation’s milk supply in 2014. Dairy farmers earned $9.36 billion for 43.6 billion pounds of milk.

California also ranks first in crops at $30.4 billion, and we’re third behind Texas and Iowa in Livestock/Poultry at $12.3 billion. 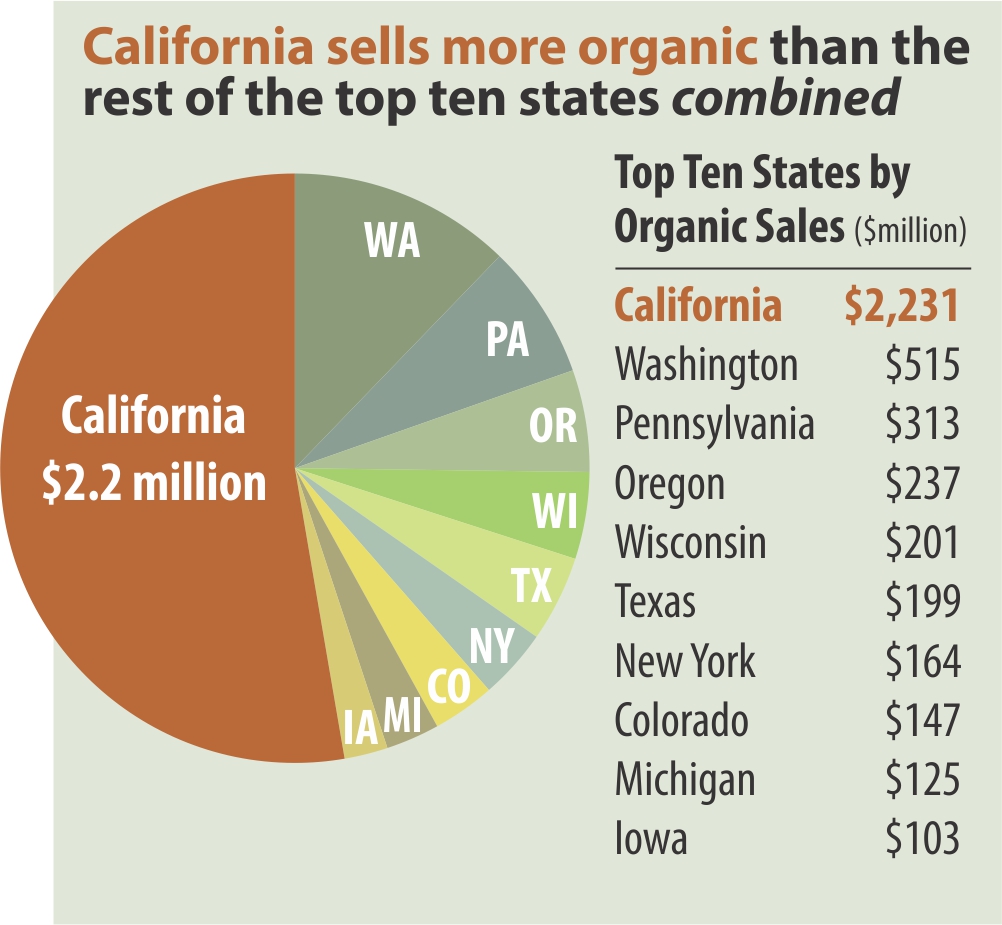 California leads the nation in organic farming with $2.2 billion – that’s more than the rest of the top ten states combined.

2 Responses to Farms + Data: California’s farms are smaller than the US average, but they’re big on diversity – and productivity