Foundation for Food and Agriculture Research establishes $100,000 award for food and agriculture projects 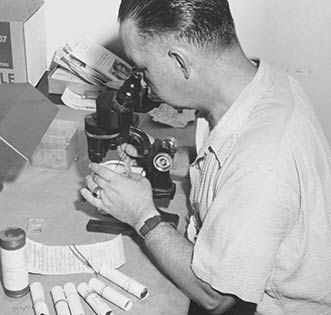 The Foundation for Food and Agriculture Research (FFAR), a national nonprofit organization that supports innovative science addressing food and agriculture challenges, has established the first-ever National Academy of Sciences (NAS) prize dedicated to food and agriculture research. The $100,000 prize for a mid-career scientist is endowed by FFAR and the Bill & Melinda Gates Foundation.

Beginning in 2017, NAS will recognize one annual prize recipient for an extraordinary contribution to agriculture or to the understanding of the biology of a species fundamentally important to agriculture or food production. The prize may also be shared by one or more individuals for a collaborative accomplishment.

Mid-career researchers at U.S. institutions may be nominated through October 3, 2016. For the purposes of the prize, areas of science with applications to agriculture include plant and animal sciences, microbiology, nutrition and food science, soil science, entomology, veterinary medicine, and agricultural economics.

Establishing the NAS Prize in Food and Agriculture Sciences is part of FFAR’s efforts to elevate food and agriculture research in the scientific arena and highlight the critical need for scientists working toward more productive, sustainable agriculture and better health through nutritious food.

“Scientific discovery has the power to transform how we live through the food we eat,” said Sally Rockey, executive director of FFAR. “The Foundation for Food and Agriculture Research is proud to partner with the Bill & Melinda Gates Foundation to establish this important prize at the National Academy of Sciences recognizing food and agricultural scientists for research achievements leading to cutting edge technologies and practices that impact how we produce and deliver nutritious food.  I look forward to the first honoree and those that follow as they continue making breakthroughs that feed the world.”

The inaugural prize will be the first award dedicated to food and agriculture research to be conferred by NAS, a prestigious nonprofit organization of elected members including 500 Nobel Prize winners.

FFAR and its partners aim to complement the visibility brought to the food system by the World Food Prize, which recognizes individuals who have advanced human development by improving the quality, quantity or availability of food in the world.

“Dr. Norman E. Borlaug believed it was critical that we recognize and inspire those global breakthrough achievements that will be needed to feed the burgeoning world population in the 21st century,” said Ambassador Kenneth Quinn, president of the World Food Prize. “As such, he would strongly support and warmly welcome, as do I, the creation of the National Academy of Sciences’ food and agriculture prize for U.S. based research scientists.”

About the Foundation for Food and Agriculture Research

The Foundation for Food and Agriculture Research, a 501 (c) (3) nonprofit organization, builds unique partnerships to support innovative and actionable research addressing today’s food and agriculture challenges. Leveraging public and private resources, FFAR will increase the scientific and technological research, innovation, and partnerships critical to enhancing sustainable production of nutritious food for a growing global population. Established by the 2014 Farm Bill, FFAR is governed by a Board of Directors chaired by former Secretary of Agriculture Dan Glickman and with ex officio representation from the U.S. Department of Agriculture and National Science Foundation. Learn more: www.foundationfar.org | Connect with FFAR: @FoundationFAR |@RockTalking.