The 2016 California State Fair – by the numbers 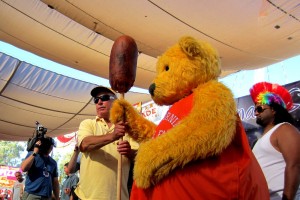 The California State Fair has completed its annual 17-day run at Cal Expo in Sacramento. Here are some numbers of note.

People Assisted After Being Locked Out Of Their Cars – 24

Produce Harvested From ‘The Farm’ For Local Food Banks – 3,400 pounds

Pieces of California Grown Fruit Given To Young People At The Farm – 11,324

Number Of Livestock Animals On Display –  8,870