Bats, allies to farmers, return home to roost in spring 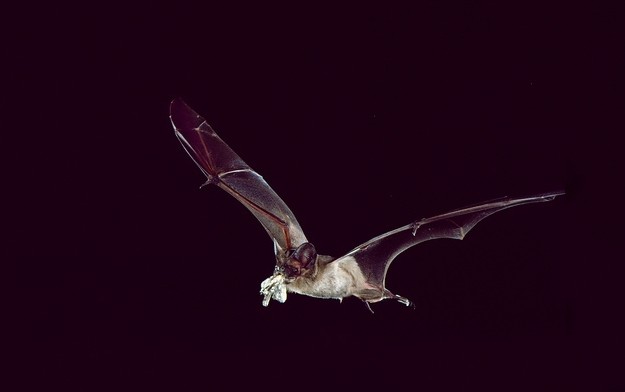 From the University of California’s Division of Agriuclture and Natural Resources (ANR):

Bats, those night-flying creatures of horror film fame, are beginning to migrate back to the Central Valley. It is an annual journey for most bats, flying south for the winter and returning home in the spring to their birth place to roost and give birth to their own pups during the summer.

“I’m getting a number of calls from people who see bats and are worried about them,” said Rachael Long, UC Cooperative Extension advisor for Sacramento, Solano and Yolo counties. “If people see bats on the ground or tucked into eaves, they’re likely resting, not sick, from their long migration north.”

Because the insect-eating winged mammals are important allies to U.S. farmers, Long hopes people won’t harm the bats while they are tired and vulnerable. Bats feed on some of the most damaging crop pests – including the moths of cutworms and armyworms – which helps to protect food crops naturally.

Farmers appreciate the pest control provided by bats and many look forward to having bats return to their farms each year, according to Long, who coauthored a study of farmer perceptions of wildlife recently published online in Conservation Letters, a journal of the Society for Conservation Biology.

“Most of the farmers surveyed reported that they like bats and the pest control and crop protection services they provide,” Long said. “Many put up bat boxes on their farms to provide a home for them.” 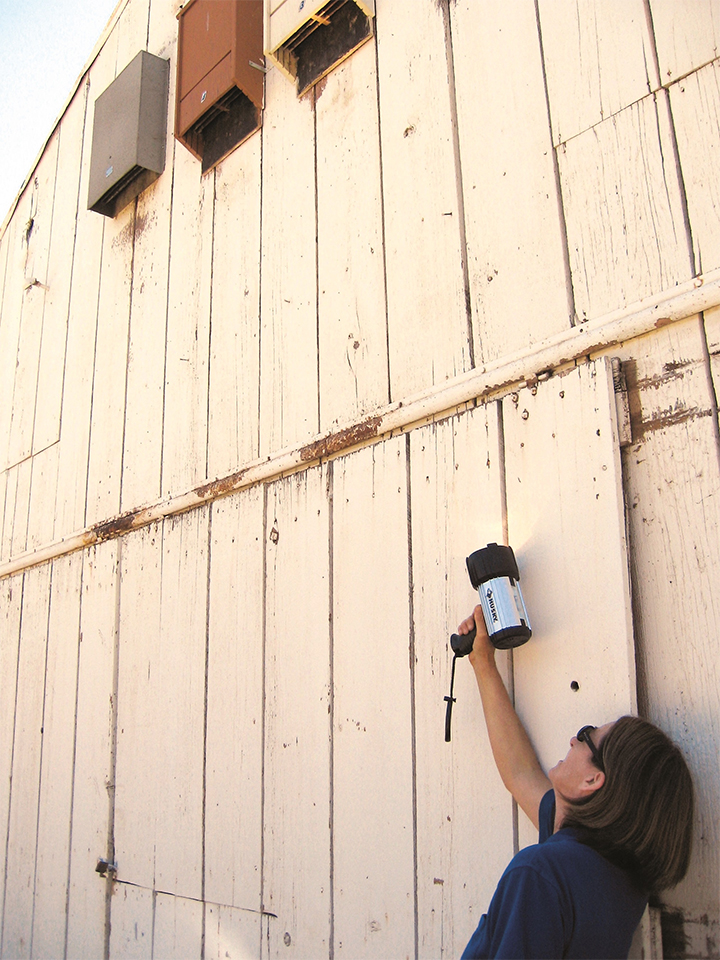 In their long journey north, bats need to rest along the way. Sometimes they turn up in areas where they’re not wanted, such as in a corner of a porch or in an eave. The presence of bats is often revealed by their mouse-like droppings, or guano.

“In the sun, the guano sparkles, as it’s made of bits of insect parts, making it a good source of nitrogen for plants,” Long said.

Bats live for about 30 years and bear only one pup a year. Males roost independently of females and their pups, so if you see a lone bat, it’s likely a bachelor.

“If you find a bat, please leave it alone if it’s not bothering anyone because it may be perfectly healthy, just tired,” Long said. “A farmer somewhere may be waiting for that bat to come home to help protect crops from insects.”

If you see a bat on the ground, Long suggests placing a box over it and calling a wildlife rescue organization, such as Northern California Bats in Davis. She recommends wildlife rescue because animal control officers must euthanize all bats they catch to test for rabies, which may be unnecessary unless a person or a pet had contact with the bat.

See the original post by Pamela Kan-Rice on the UC Division of Agriculture and  Natural Resources site here.

This entry was posted in Environment, Integrated Pest Management (IPM). Bookmark the permalink.