Posted on September 12, 2017 by Office of Public Affairs

Small farmers were hit hard by California’s drought. Perhaps none as hard as the Hmong and other Southeast Asian farmers that lease small plots of land, often with declining groundwater levels, shallow wells, and outdated irrigation systems. Yet, many of these small farmers persist, growing an incredible variety of tropical and subtropical crops in California’s temperate climate.

According to a 2007 survey, around 900 out of a total of 1400 Southeast Asian farms in Fresno County in California’s Central Valley are Hmong. The Hmong largely arrived as refugees from Laos after government upheaval in the 1970’s. For many, farming is part of who they are, despite the challenges.

And, the list of challenges for these small farmers can be long: not owning the land they farm, decreasing acres of land to lease due to urbanization and the potential for growing higher value crops than the Hmong specialize in, language and cultural barriers, and competition for groundwater.

During the middle of California’s long drought, the community had a brush with crisis as wells began to go dry and pumping costs increased. Ruth Dahlquist-Willard, small farms and specialty crops advisor with UC Agriculture and Natural Resources, was brand new to her position. She quickly began to work with Michael Yang, a Hmong agricultural assistant also with cooperative extension, to figure out how best to offer support.

As a first step, Dahlquist-Willard, Yang, and Jennifer Sowerwine, a cooperative extension specialist at UC Berkeley, organized a team to survey Hmong farmers. They found that many Hmong farmers could save money on their energy bills by switching electricity rate plans. Xai Chang, a young Hmong farmer working with cooperative extension, then took the lead giving growers tools they needed to find the best utility rate for their irrigation pumping practices. The team also found that the California Department of Food and Agriculture’s new State Water Efficiency and Enhancement Program (SWEEP) could be a resource for tenant farmers, and began helping small farmers fill out the extensive forms needed to apply for the program.

“We held workshops to inform the growers of the SWEEP process and get them started on their applications, then offered one-on-one assistance for completing the application and getting all the required documents together,” Dahlquist-Willard explains. She organized a group that included collaborators from Fresno State and the Fresno Regional Workforce Investment Board to assist growers. While county extension offices do not usually offer this type of assistance, the drought was a crisis that required a concentrated effort.

Preliminary results indicate that growers that received SWEEP assistance reduced the water and energy used by their irrigation equipment, with one grower decreasing energy use by 47 percent. “Reducing energy costs can go a long way towards improving the bottom line of a small farm,” says Dahlquist-Willard.

An old irrigation pump with oil leaks and general worn condition (left) was replaced with the new one (right) with support from the SWEEP program. Photos by Ruth Dahlquist-Willard.

Although the drought is largely considered to be over, there are still looming challenges for small farms. For example, says Dahlquist-Willard, “The suite of regulatory requirements can be difficult for small farms, even without cultural and language barriers. The paperwork and associated costs can be extremely burdensome. This is not to say the regulations are wrong, just that the reality of small farms needs to be better addressed.”

Groundwater in particular is a looming area of concern. While groundwater levels rose slightly in Fresno County with winter rains, water availability continues to be an issue given current pumping rates. California’s new groundwater regulation (the Sustainable Groundwater Management Act, SGMA), while intended to eventually lead to more sustainable groundwater use, means a lot of uncertainty for small farms today.

Dahlquist-Willard says, “There are a lot of open questions with SGMA and small farms. Will they be required to measure their water use with flow meters? What fees will they have to pay for groundwater pumping and membership in their local groundwater sustainability agency? Will the landowner or the tenant be responsible for regulatory compliance? All of these questions have consequences for the viability of small farms, especially in concert with other new regulations such as the Food Safety Modernization Act and the Irrigated Lands Regulatory Program.” 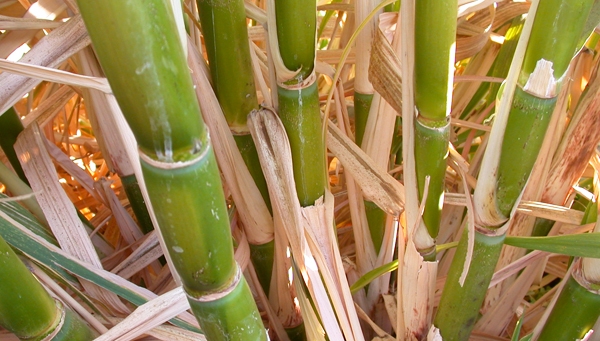 This year, at least, the wet winter brought some relief. “Especially for Hmong farmers, water is crucial to grow crops like lemongrass, luffa, long beans, and sugar cane. It was wonderful to see crops grow lush and green because we had water,” says Michael Yang. 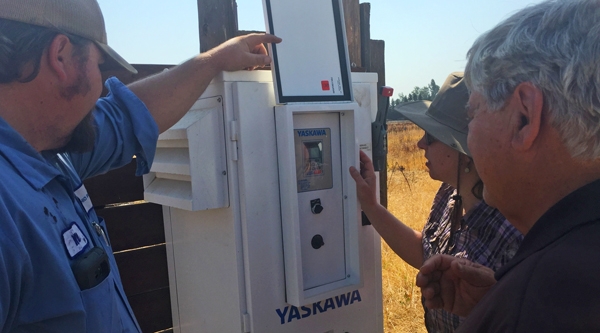 As for the future, Dahlquist-Willard says that despite the challenges, Southeast Asian farmers are “tenacious and creative – they have already overcome incredible challenges in adapting to a new culture and environment.” At the same time, as groundwater and other new regulations take effect over the next few years, Hmong farmers will need all the support they can get to continue to meet these challenges.

See the original post on the California Institute for Water Resources blog here.