Californian makes history in election as president of National FFA

Posted on October 30, 2017 by Office of Public Affairs 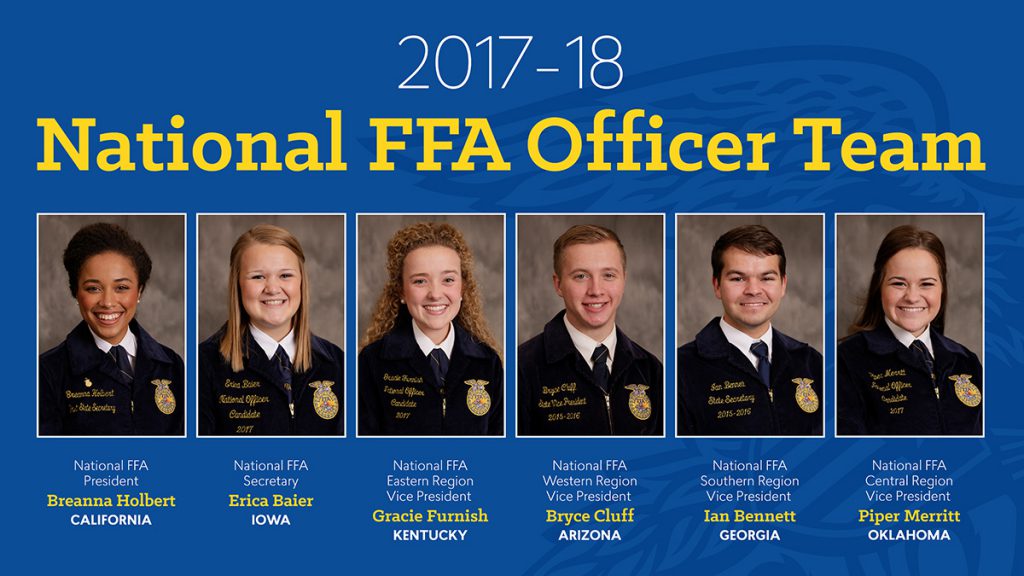 INDIANAPOLIS – Students from Arizona, California, Georgia, Iowa, Kentucky and Oklahoma have been elected by delegates throughout the United States to serve on the 2017-18 National FFA Officer team.

Breanna Holbert of Lodi, an agricultural education major at California State University – Chico, was elected national president. Holbert is the first female African American elected to the office of president. She previously served as secretary of California’s FFA

Each year at the National FFA Convention & Expo, six students are elected by delegates to represent the organization as national officers. Delegates elect a president, secretary, and vice presidents representing the central, southern, eastern, and western regions of the country.

National officers commit to a year of service to the National FFA Organization. Each officer travels more than 100,000 national and international miles to interact with business and industry leaders, thousands of FFA members and teachers, corporate sponsors, government and education officials, state FFA leaders, and the general public. The team will lead personal growth and leadership training conferences for FFA members throughout the country and help set policies that will guide the future of FFA and promote agricultural literacy.