Another beautiful weekend for California Grown at Tournament of Roses

Posted on January 3, 2018 by Office of Public Affairs 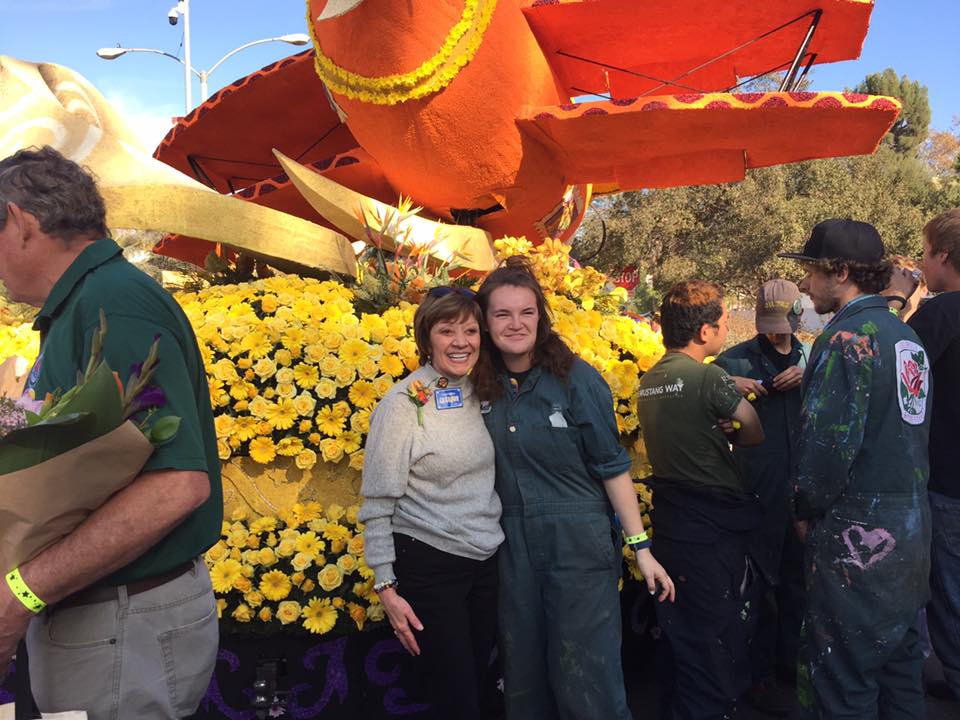 CDFA secretary Karen Ross participated in the Tournament of Roses at the annual certification of floats and other parade vehicles as California Grown. The certification is for vehicles containing at least 85 percent California flowers. In this photo Secretary Ross joins a Melitta Kauppinen, a Cal Poly engineering student who was part of the university’s Rose Float team. The secretary was once Melitta’s Sunday School teacher at a Sacramento church. 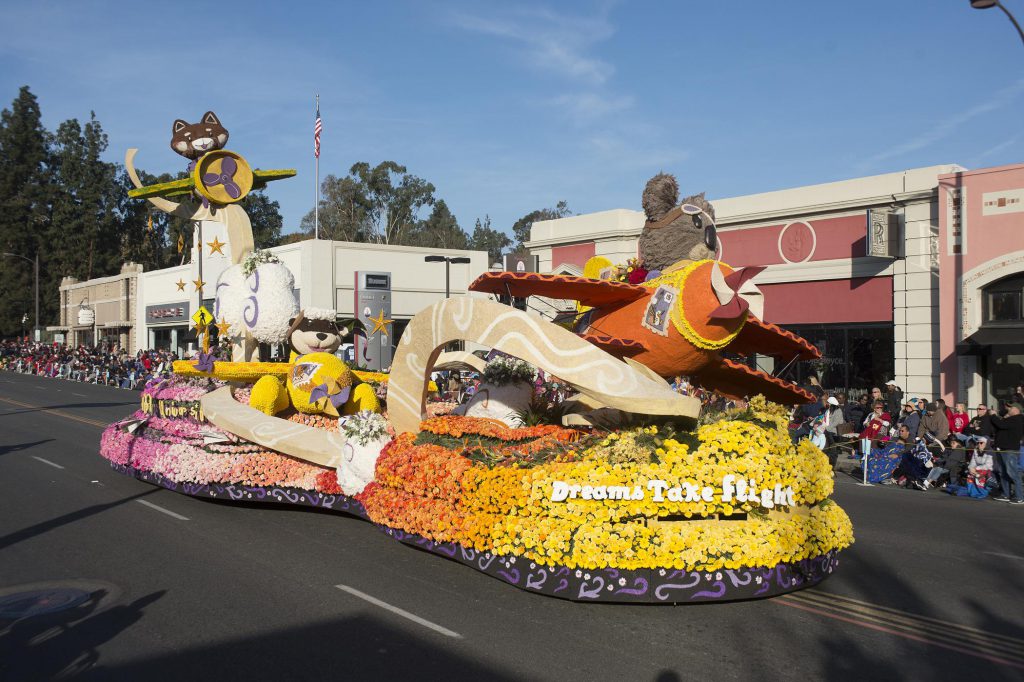 The Cal Poly float “Dreams Take Flight,” a collaborative student-led effort from the Pomona and San Luis Obispo campuses,won the Past Presidents Award for innovation in the use of floral and non-floral elements.