What could Huanglongbing look like in your citrus? From Western FarmPress

Posted on January 9, 2018 by Office of Public Affairs 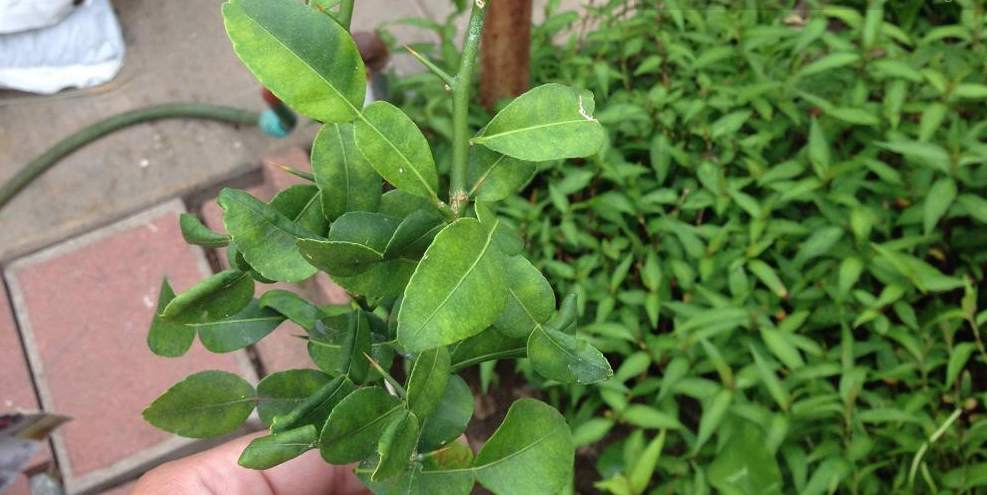 HLB disease symptoms in lime: The asymmetrical yellowing of citrus leaves can be a good indication of Huanglongbing. Testing must be done to determine if the tree is diseased. Photo: California Citrus Pest and Disease Prevention Program.

The proliferation of the fatal citrus disease called Huanglongbing (HLB) in urban neighborhoods across the Los Angeles Basin can be traced to the introduction of the Asian citrus psyllid into California about a decade ago. Since the invasive pest was first discovered near San Diego it has become widely established in southern California and has been found as far north as the Bay Area and Sacramento region.

Critical to commercial growers, the pest has been found in growing regions of Ventura, Kern, Tulare and Fresno counties.

These photos were provided by the California Citrus Pest and Disease Prevention Program and reveal visual symptoms of the disease. These symptoms are similar across other U.S. states. Each of them is of a citrus tree – lime, mandarin and orange – that tested positive for HLB. Those tests were conducted based in part on visual inspections of the trees and other warning signs regulators look for.

In the past couple years the disease manifested itself in urban neighborhoods from San Gabriel and Riverside to Anaheim. As of early January, more than 300 trees have tested positive for HLB. California law mandates that these trees be removed once they test positive. To date all of these trees have been in residential neighborhoods. None of them were reported in commercial groves.

Symptoms include a yellowing of leaves and, in advanced stages of HLB, bitter and misshapen fruit. Fruit on diseased trees does not ripen completely (fruit tends to remain green on the bottom while ripening or coloring on the top of the fruit), which is why HLB is also known as “citrus greening disease.”

Yellowing of tree leaves with nutrient deficiencies tends to be symmetrical.

It is important to note that the trees in these photos are all non-commercial, residential trees. This suggests that the trees may also be deficient in various nutrients as homeowners do not likely apply nutrients to them, or even water them correctly. Nevertheless, the asymmetrical yellowing is indicative of HLB and should be further investigated.

It is important with any such symptoms to consult an expert – a pest control advisor, Cooperative Extension advisor or state citrus inspector – to determine the next step if tree leaves are turning yellow. That by itself is not proof of the disease, but can be an indicator of disease or a nutrient deficiency. The only recognized diagnosis for HLB is what is commonly called the “PCR test.” Certain labs are authorized to do this test.

Growers outside of California should carefully consider their own state and local regulations when it comes to HLB and the insect that vectors the disease.

The California Department of Food and Agriculture has an online resource for growers and residents to contact if they have questions. The USDA offers a similar online resource.

The original post and photo slideshow are available online here.

This entry was posted in Asian Citrus Psyllid, HLB. Bookmark the permalink.

One Response to What could Huanglongbing look like in your citrus? From Western FarmPress