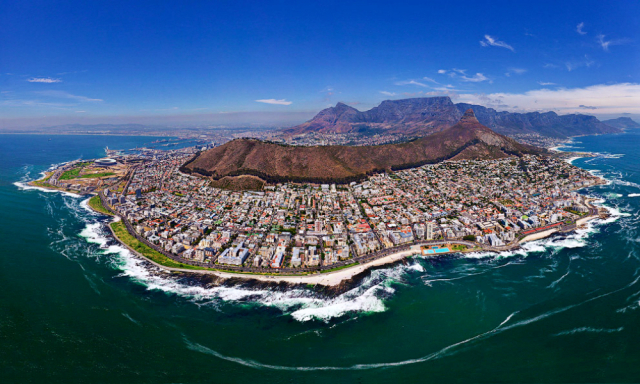 NOTE – Today is World Water Day, an annual observance highlighting the need for freshwater and to advocate for the sustainable management of freshwater resources. CDFA’s SWEEP program helps in that regard by making grants available to farmers and ranchers for efficient irrigation projects.  Over the life of the program 31 billion gallons of water have been conserved, enough to fill nearly 47,000 Olympic-sized swimming pools.

That’s the day that the city of 4 million’s municipal water supply will be cut off for most households and businesses, an unprecedented measure aimed at preserving water after a severe drought that has emptied reservoirs.

Since February, the city’s residents have lived with restrictions of 13.2 gallons of water a day per person, or roughly enough for a brief shower and three toilet flushes, as the Wall Street Journal has reported. Once Day Zero arrives, recently moved back to 2019 from July 9, 2018, residents will be forced to line up at collection points secured by the military.

Experts say this dystopian scene could be played out in other major cities in the coming years, as demand for water continues to increase with population growth and as climate change makes already-dry regions still dryer.

Roughly 3.6 billion people, or nearly half the current global population, live in areas that suffer water shortages for at least one month a year, according to the United Nations World Water Development report for 2018. By 2050, that number is expected to grow to almost 6 billion, according to the authors of the newly published report. The world’s population is expected to increase to about 10 billion by 2050.

Global demand for water has been growing at about 1% a year but is forecast to increase much more dramatically in the next two decades, with industrial and consumer demand growing faster than agriculture, although that sector will still consume the most.

At the same time, flooding and drought risk will also rise. The number of people at risk from floods is expected to climb to 1.6 billion in 2050 from 1.2 billion today.

The authors of the report emphasize that the water crisis could be averted using nature-based solutions, or NBS, systems that use or imitate natural processes to enhance water availability. That means a shift away human-built infrastructure and water-supply systems.

“The stakes are high,” said Audrey Azoulay, director general of Unesco, which commissioned the report. “Current trends suggest that around two-thirds of forests and wetlands have been lost or degraded since the beginning of the 20th century. Soil is eroding and deteriorating in quality. Since the 1990s, water pollution has worsened in almost all rivers in Africa, Asia and Latin America.”

The increased risk of flood or drought has a big impact on our ability to deal with and adapt to climate change, said Azoulay. “We know also that water scarcity can lead to civil unrest, mass migration, and even to conflict within and between countries,” she said.

There are different kinds of NBS, that range from the personal — a dry toilet — to applications that include conservation agriculture to minimize soil disturbance, maintain soil cover and regularize crop rotation. There are also NBS that could be used in urban areas, including green buildings, green walls, roof gardens and vegetated infiltration or drainage systems, landscape restoration, or even systems that improve the performance of built infrastructure.

Adopting NBS does not necessarily mean spending more money, but such efforts will require the redirection of funds and resources toward green infrastructure. The emerging green bond market is one example that also has the benefit of showing that NBS can perform well when measured against more traditional investments, said the report.

“Transforming agricultural policy represents a significant pathway for financing the further uptake of NBS,” said the report. “This requires overcoming the fact that the vast majority of agricultural subsidies, and probably the majority of public funding and almost all private-sector investment in agricultural research and development, support the intensification of conventional agricultural, which increases water insecurity.”

Water management has become an increasing priority for public companies, according to a recent report by sustainability nonprofit Ceres that sought to measure the progress made by more than 600 of the biggest listed companies in the U.S. in meeting environmental and cultural goals.

The report found that 81% of companies in industries that require relatively large amounts of water — for example, the manufacturers of food and beverages, clothing and semiconductors — have water programs in place, but just 37% of them have set targets for prioritizing action in areas that pose the greatest risk to water resources.

Food companies had made the most progress, with 95% showing quantifiable goals for water use, according to Ceres.