Posted on September 4, 2018 by Office of Public Affairs 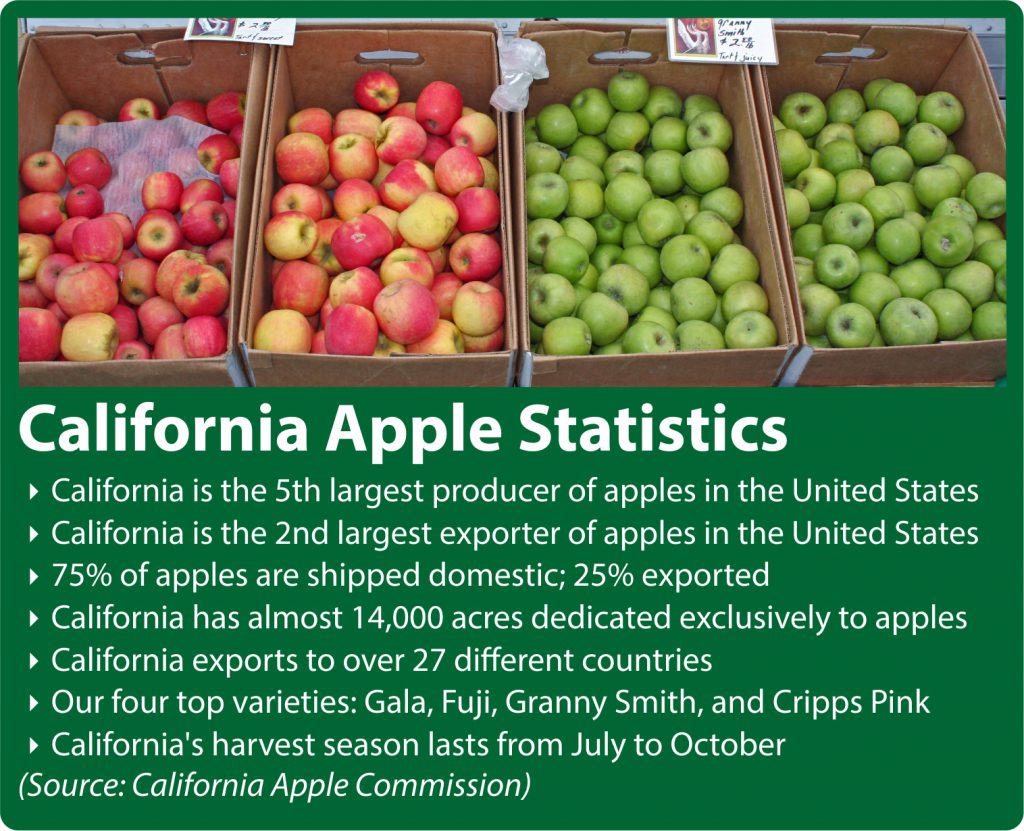 After more than a half-century as America’s most-grown apple, the Red Delicious is on track to be ousted this year by a sweet, juicy, young upstart: the Gala.

That’s according to the U.S. Apple Association, a trade group, which released its production forecast for 2018 last week.

“It’s the beginning of the end,” said Tom Burford, an apple historian, orchard consultant and admitted Red Delicious detractor. “How are you going to market a tasteless apple when the consumer has tasted so many good apples?”

Despite his bias, Mr. Burford has a point: The decline of the Red Delicious, with its mild flavor and often mealy texture, can be credited to a shift in consumer preferences toward apples that are crunchier, crisper and sweeter.

“It’s the industry adapting to the consumer’s demands,” said Mark Seetin, the director of industry affairs for the Apple Association, who, unlike Mr. Burford, is more sanguine about the apple variety’s future.

The Red Delicious is still projected to be the second most-popular apple by production in America, according to the group, which claims 7,500 growers as members. The Granny Smith will be third, followed by Fuji and the ascendant Honeycrisp, which could rise to third place as soon as 2020, just three decades after its introduction, the trade group said.

While the country had native apples, the most common domestic varieties today are descendants of centuries-old imports from Europe, according to “Apples of North America,” a book by Mr. Burford, whose family has been growing apples since the early 1700s.

Apples were an important part of colonial America, used not only as food but often to make hard cider, a popular alternative to water that was unfit to drink, according to Erika Janik, the author of “Apple: A Global History” and executive producer of podcasts at New Hampshire Public Radio.

“Apples were some of the earliest things planted by colonists in the United States,” she said. “Basically everyone had an apple tree or two or three in their yard.”

But the Red Delicious was a relative latecomer. It was discovered in the late 1800s by Jesse Hiatt, an Iowa farmer who reluctantly let a Red Delicious tree grow on his property after several unsuccessful attempts at killing it, according to various accounts.

In the early 1890s, Mr. Hiatt entered the fruit, which he had named “Hawkeye,” into an apple competition and won, ultimately agreeing to sell the rights to the contest’s hosts, the Stark Bro’s Nursery, in Missouri, according to Mr. Burford’s book.

The Stark brothers, whose nursery is still operating more than a century later, renamed the apple “Delicious” and, later, “Red Delicious” to differentiate it from a yellow apple from West Virginia that they began to sell under the name “Golden Delicious,” according to the book.

It enjoyed relative popularity for decades, but took off in the mid-20th century, with its distinctive elongated shape and five-point base becoming an American symbol, according to the book “Apples of Uncommon Character,” by Rowan Jacobsen. Then things started to change.

To meet the demands of consumers who began to associate the color red with ripeness, apple growers and supermarkets produced and sold ever-redder apples at the expense of flavor.

“We started eating with our eyes and not our mouths,” Mr. Burford said.

In recent decades, the trend has started to reverse itself, as consumers have begun to pay more attention to the provenance, variety and quality of goods, such as coffee, tomatoes, beer and, of course, apples.

The Honeycrisp, for example, has soared in popularity, largely on the strength of its crispness and sweetness, since it was developed at the University of Minnesota and released in 1991.

The shift in tastes isn’t lost on the industry. Demand for new Red Delicious trees is falling and the growers see that there’s a glut of the fruit they bear, according to Mr. Seetin, of the Apple Association.

But he isn’t ready to count out Red Delicious apples entirely: They still account for about half of apple exports and remain popular in other countries, like India.