Posted on December 18, 2012 by Office of Public Affairs 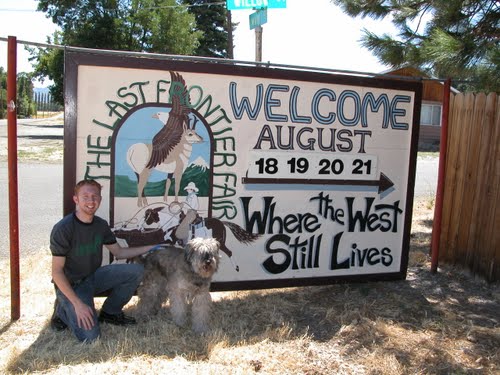 The 22nd District Agricultural Association, which runs the state-owned Del Mar Fairgrounds and oversees the annual San Diego County Fair, has come to the rescue of a tiny, beleaguered state fair in Northern California that was on the verge of shutting down for good.

The 22nd DAA board voted unanimously Tuesday, Dec. 11, to give $100,000 to its counterpart in Modoc County, to help it stay in business long enough to develop new money-making ventures that are designed to keep it afloat in future years.

Without the gift, said Dannette DePaul, manager of the Modoc District Fair, the organization would have run out of money and been forced to shut down by next June. The 22nd DAA’s gift will be matched by a $50,000 grant from a foundation with ties to ranching interests in Modoc County.

“We’re not asking for charity,” DePaul told the board. “Just support to help us get into business mode.”

Modoc County, which has a population of 9,700, is located in the northeast corner of the state. Its annual county fair runs for four days in August, and the fairgrounds is also used during the year for a variety of community activities, from weddings to horse shows to sporting events. The property is also used by firefighters as a base camp during wildfires.

Until this year, the 34th District Agricultural Association, which runs the Modoc County Fairground, received about $230,000 from the state toward its annual $355,000 budget. But state funding was cut off in 2012, leaving small fairs such as Modoc facing financial hardship.

In contrast, the 22nd DAA operates on an annual budget of about $60 million.

Diana Paluszak, of the state Department of Food and Agriculture, which oversees county fairs, said her agency supports Modoc’s request under a state adopt-a-fair initiative. She said it is her understanding the 22nd DAA’s $100,000 allocation complies with state laws and regulations, and could be a model for other fairs in the state.

Currently, Paluszak said, 13 county fairs in California are on a watch list, meaning their reserves have dwindled. But she said she was not aware of any fair other than Modoc in imminent danger of closing.

Paluszak’s support of the request from Modoc reassured 22nd DAA board members, some of whom were concerned about the precedent they were setting. District staff also strongly supported the $100,000 allocation.

“I support it 150 percent,” said Tim Fennell, fairgrounds general manager and CEO. Fennell and other fairgrounds staff visited this year’s Modoc County Fair to offer support and help come up with plans to make the organization self-sufficient.

DePaul outlined a series of ventures, including guided wagon tours, cattle drives with local ranchers, guided horseback tours and mountain bike races, that she said could net a combined $83,500. Modoc officials also want to offer amenities to the estimated 30,000 people who pass through their community on the way to and from the annual Burning Man fair over Labor Day weekend as a way of generating revenue.

22nd DAA directors also told fairgrounds staff to come up with a plan to raise money for Modoc and other cash-strapped small fairs, which will include an appeal for donations from attendees to the 2013 San Diego County Fair. 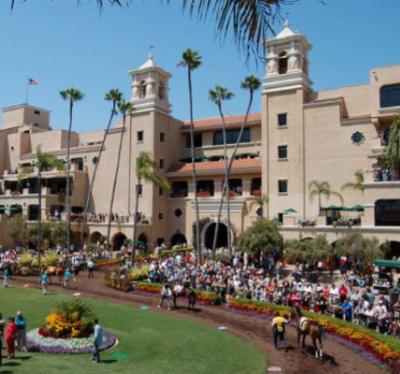 The racetrack at the Del Mar Fairgrounds in San Diego County.