Off to the Super Bowl for California pistachios

Posted on February 1, 2013 by Office of Public Affairs 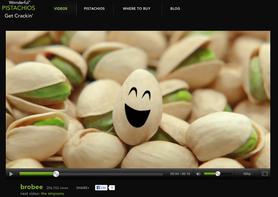 Over the years, one of the keys to success for California commodities has been an ability to embrace the marketing tools of their time to reach consumers. There may be no better example of that than the Super Bowl. This year, California pistachios will be featured in a 30-second Super Bowl commercial scheduled to run during the third quarter of the game. The spot will feature South Korean pop star Psy  (“Gangnam Style”) demonstrating how he eats pistachios. Here’s the story in the Bakersfield Californian.

The Super Bowl is a tough nut to crack for most Kern County products. But this year, locally grown pistachios are getting in on the game.

Local ag giant Paramount Farms has produced a 30-second commercial scheduled to air during the third quarter of Sunday’s big game between the Baltimore Ravens and the San Francisco 49ers.

Although the commercial is still under wraps, media materials released Wednesday indicate that South Korean music and dance sensation Psy of “Gangnam Style” fame will demonstrate how he eats pistachios.

The ad is the latest installment of Paramount’s “Get Crackin'” ad campaign. Earlier installments of the series have featured A-list celebrities including boxer Manny Pacquiao, cartoon character Homer Simpson and rapper Snoop Dogg.

Local farming officials couldn’t be happier with the exposure.

“That’s awesome!” exclaimed Beth Pandol, co-chairwoman of the Kern County Nut Festival, the June 14-15 event of which Paramount has signed up to be a top sponsor.

She said this may be the first time the Super Bowl will feature a Kern County product. (A Paramount spokeswoman said she thought the same but could not confirm it.) At any rate, it’s the work of a savvy organization, Pandol said, adding “Paramount’s smart in their marketing.”

The executive director of the Kern County Farm Bureau, Ben McFarland was no less enthusiastic.”

“I think it’s awesome,” he wrote in an email Wednesday. “This kind of recognition is a testament to the planning and hard work of Kern County pistachio growers, Paramount Farms and the quality of their product.

“California produces 98 percent of the nation’s pistachio crop, and Kern is the state’s top producing county. In an indirect way, it puts Kern County nut tree farming on the world map for quality in healthy snacking.”

Ad Age reported Wednesday that the average cost of a commercial in this year’s Super Bowl is between $3.7 million and $3.8 million. Its story noted that, in addition to Psy, this year’s commercial-time talent is to include comedian Amy Poehler, actor Dwayne “The Rock” Johnson and Kaley Cuoco, an actress on the sitcom “The Big Bang Theory.”

Clad in a pistachio-green tuxedo for his U.S. television commercial debut, Psy fits nicely with the Paramount brand, the company’s vice president of marketing, Marc Seguin, said in a news release.

“It’s a powerhouse combination,” he stated. “The Super Bowl is the most widely watched sporting event of the year, ‘Gangnam Style’ is the most watched YouTube video and Wonderful Pistachios is the top-selling snack nut item on the market.”

Psy added in the release, “The Wonderful Pistachios brand is fun, just like me.”

“Also, I love pistachios and I look good in green.”