Looking Back at the China Trade and Investment Mission

As CDFA Secretary Karen Ross and the entire California delegation return from the China Trade and Investment Mission, we thought we’d take a look back at the stops they made along the way to promote trade and forge new relationships. California’s agricultural exports to China are on the increase – up 25 percent last year alone – and this trip has given our growers an important opportunity to continue that trend. 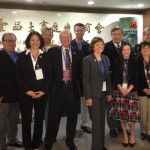 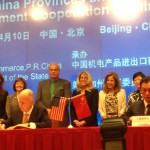 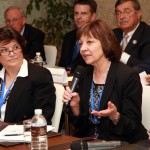 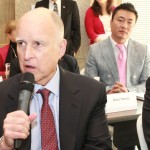 Governor Brown offers comments at the Shanghai forum. In the background is Peter Huo, in-country representative for Wine Institute. 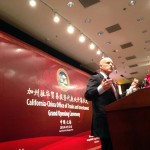 Governor Brown speaks at the opening ceremony of the California-China Office of Trade and Investment in Shanghai. 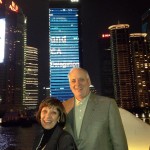 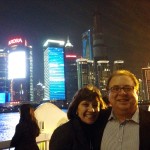 On the Shanghai River: Secretary Ross and Michael Gallo of Joseph Gallo Farms and a member of California State Board of Food and Agriculture. 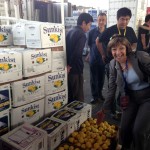 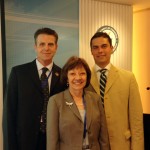 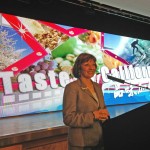 CDFA Secretary Karen Ross at the Taste of California event. 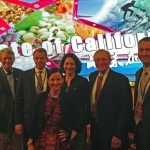 The agricultural delegation joining Governor Brown and Secretary Ross were as follows: