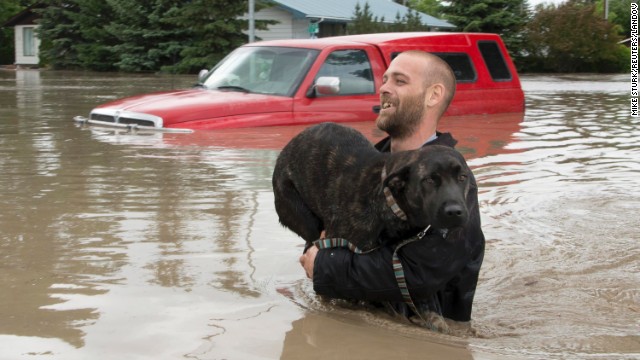 When natural disasters strike, people in their path usually have a very short time to organize their priorities before they’re forced to evacuate. Too often, cherished pets and working animals are left behind to contend with the onrushing catastrophe. Understandably, people can be reluctant to leave without their animals.

To help manage those conflicts, the State of California has created the California Animal Response Emergency System (CARES), through the joint efforts of CDFA, the California Governor’s Office of Emergency Services (Cal OES) and their partner, the California Veterinary Medical Association. CARES is an operational guidance system to assist with all aspects of animal care and control in the event of a disaster or emergency.  In addition, CARES provides resources for the public, for animal businesses, for shelters, and for emergency planners. For example, the system may activate local fairgrounds as animal shelters during emergencies.

California is home to nearly 19 million domestic animals, including an estimated 6.7 million do.gs and 7.1 million cats. Approximately one out of every three households in California owns a dog or a cat. There are also reportedly more than 5.5 million cattle, 570,000 sheep, 141,000 goats, 670,000 horses, approximately 100,000 hogs, and millions of chickens. That’s a lot to protect, and the CARES partnership is an important link in making it happen.

One Response to CARES partnership helps care for animals during emergencies