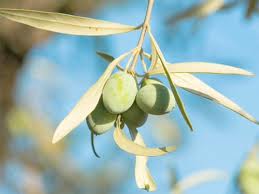 GLENN COUNTY — Olive farmer Dan Kennedy scores a pellet-size olive with his fingernail. The scoring offers a burst of clear liquid. It’s a telling mix of oil and water.

For Kennedy, the oozing oil portends the olive’s promising future; the water is a testament to the olive as a drought-resistant crop.

In the midst of one of California’s worst droughts, that’s no small matter in the vast agricultural expanse of the Central Valley.

Farmers like Kennedy have taken notice. “We can produce (an olive) crop with 1 acre-foot of water per acre,” he said.

Typically, high-value crops such as almonds and rice demand – at minimum – twice as much water, if not much more.

In the Sacramento Valley, where water districts have been shrinking water allocations, the gritty olive tree, with its gnarly bark and thin, dusty-looking leaves, has become a go-to crop.

“Olives are a crop adaptable to warm and dry conditions. Most of the olives grown in the world are not irrigated,” said Dan Flynn, executive director of the Olive Center at the University of California, Davis.

Flynn holds up the olive tree as a model of a sustainable crop. “Olives, generally, are low-impact from the standpoint that they take less water than permanent tree crops, and they do not require the use of many pesticides and fungicides,” he said.

The California Olive Council, a statewide advocacy group, estimates that an increase in the planting of olive trees is a long-term trend, with 3,500 new acres expected to be planted each year in California through 2020. Most of the olive trees planted in the state have been put in within the last 15 years.

Currently, more than 35,000 acres of olive trees have been planted in the state. Most of the olives grown in Sacramento and San Joaquin counties are used to produce extra virgin olive oil. It is olives grown for olive oil that is the growth industry. Olives destined for oil usage accounted for 4 percent of the olive crop in the 1990s. That percentage rose to 46 percent in 2012, according to data.

Kennedy, who farms olives and other crops near the sleepy town of Artois in Glenn County, started with 125 acres of olives in 2006. He now farms 500 acres, with most of his crop sold to olive mills for crushing into oil.

Pressures from the drought pushed Kennedy to swap 250 acres of rice for olives. Olives began to look good when the Orland-Artois Water District cut his water allocations down to zero earlier this year, he said.

However, Kennedy must deal with another problem borne from drought: the difficulty of accessing plunging groundwater levels. Kennedy is pumping groundwater from nine wells to water his trees. The water is parsed out with a drip irrigation system.

Recently, Kennedy had to dig 50 feet deeper on three of his wells to reach groundwater. If thewater table continues to drop, he said, he will be forced to fallow some of his land.

Luckily, the olive tree is hardy. Unlike other crops, if olive trees are not watered, they will survive – and produce olives in subsequent years when water is available.

Kennedy grows his trees with what is called a “super high density” method – a vineyard-like approach where trees are tightly packed and kept short, usually under 12 feet. That approach, introduced in California in 1999, is seen as deeply economical because it allows the olives to be harvested completely by machine. Initially, the method was spurred by agricultural investors who saw high profitability in the approach.

High density groves are a far cry from the traditional image of an olive orchard, where trees are lightly, almost randomly spaced, and do not look pruned. The high density approach allows Kennedy to fit 559 trees into 1 acre. Traditional olive growing typically will assemble around 100 trees on an acre.

The rise in olive cultivation is also occurring nationwide. A U.S. International Trade Commission report last year established that production of olive oil has increased 50 percent annually, on average, since 2008. Olives are now grown in states like Georgia and Texas, and in Florida, where farmers are looking to the crop to replace citrus groves that have been ravaged by citrus greening disease. However, by far, the biggest olive grower is California, which produces 98 percent of domestically grown olives.

Brady Whitlow, president of Corto Olive in Lodi, said his company has gone from producing a few thousands gallons of olive oil in 2003 to a million gallons this year.

“This is a crop that has been around for a long time, but up until now it’s always been a boutique business,” he said.

Whitlow said he sees a great potential for the region’s olive oil producers. Presently, 97 percent of the olive oil consumed in the United States is imported. Most of it comes from Europe, especially Spain.

But scandal has rocked the European olive oil industry, where it has been established that much of the oil sold as extra virgin olive oil is actually low-quality or adulterated oil.

“Our biggest opportunity will come when consumers begin to understand that a lot of imported olive oil is not what it says it is,” Whitlow said. “Extra virgin olive oil that comes from Italy? It’s labeled extra virgin olive oil, but for the most part, it’s not. Americans are being deceived.”