California Grown gets new chairwoman – from The Packer 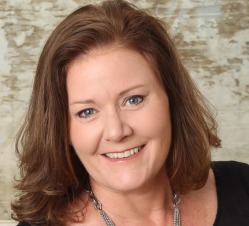 Before becoming executive director of the California Asparagus Commission, Watte was director of international trade policy at the California Department of Food and Agriculture. She was also appointed manager of the department’s agricultural export program by then-Gov. Pete Wilson.

Prior to her CDFA appointment, Watte was the director of national affairs and research for the California Farm Bureau Federation. Other roles included legislative assistant to congressman Tony Coelho on the U.S. House of Representatives committee on agriculture. She is a former member of the U.S. Department of Agriculture’s agricultural trade advisory committee on fruits and vegetables.

“(Cherie) knows firsthand what it takes to be an active farmer in California, since she is the fourth generation of her family to farm in the Imperial Valley,” Nick Matteis, executive director of California Grown, said in a news release.

“We have a lot going on with consumer promotions and newly formed retail and foodservice partnerships,” Watte said. “Farmers and ranchers in California face many challenges, and this program is a bright spot for them.”

Cronquist guided the campaign through the revamping of its promotions program and membership expansion.