Posted on October 8, 2014 by Office of Public Affairs 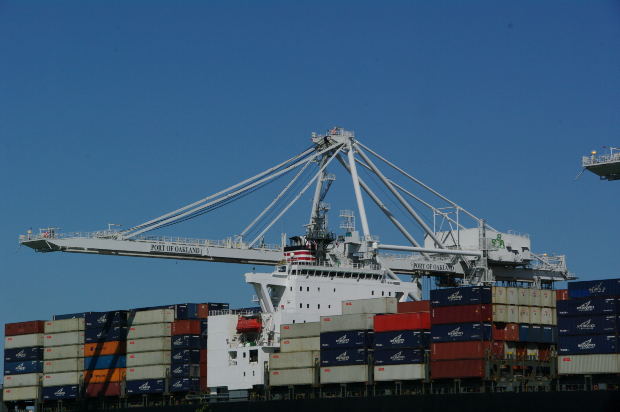 Exports of California food products took a dive in August, with fruit and tree nuts decreasing by 8 percent when compared to the same time last year and vegetables dropping by 7.8 percent, according to data released Friday by Beacon Economics.

The cause is fairly obvious, said Beacon trade expert Jock O’Connell. An unprecedented drought has led to fallowed fields and less food available for export. Ultimately, California can expect a rise in agricultural imports, O’Connell predicted, as grocers are unable to maintain volumes of locally-sourced produce.

“If production is down in California, Safeway and other chains will have to source from somewhere,” O’Connell said. “Ultimately we will get into a nasty dispute about whether we should use our water to grow crops for other people (in foreign countries).”

The value of California fruit and nut exports was approximately $706 million in August and the value of vegetables was $133 million.

Troubles in the ag export market have been compounded by a strengthening U.S. dollar across the world, O’Connell said. The European Union’s concerns over Russian aggression, Africa’s Ebola epidemic, Hong Kong’s political unrest — all play a factor and “there’s nothing to suggest that trend of a strengthening dollar will be reduced,” O’Connell said.

On a more positive note, California’s overall export market rebounded from July to August, with merchandise trade up 2.4 percent to $14.55 billion when compared to the same month last year. The gains were led by exports of manufactured goods, which rose by 2.7 percent to $9.60 billion.

“California’s economy still has an active and competitive manufacturing sector, despite what much of the rhetoric might have us believe, ” Christopher Thornberg, founding partner of Beacon, said in a statement. He added that much of the growth is occurring in Southern California.