Posted on November 3, 2014 by Office of Public Affairs 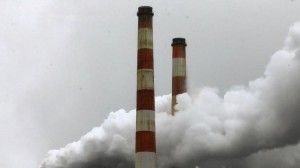 Climate change driven by the burning of fossil fuels is already affecting life on every continent and in the oceans, and the window is closing rapidly for governments to avert the worst damage expected to occur later this century, scientists warned in one of the loudest alarms yet sounded by the international scientific community.

The report, (issued Sunday November 2), arrives as international negotiators prepare to meet in Lima, Peru, in December to establish parameters for an eventual agreement on cutting heat-trapping emissions, a goal that has eluded the international community since talks began more than 20 years ago on the necessity of action. Negotiators are aiming to sign a deal in Paris in December 2015.

Written by the United Nations’ Intergovernmental Panel on Climate Change, or IPCC, which regularly reviews and synthesizes the latest climate research, the report says there are more heat-trapping gases in the atmosphere than at any time in at least the last 800,000 years, and that most of them came from the combustion of fossil fuels since the advent of widespread industrialization in the late 1800s. The effects of global warming are already being felt in rising sea levels, ocean acidification and more extreme weather events, especially heat waves and droughts, which have begun to affect crop yields and water availability.

The steps taken so far by countries to reduce or mitigate emissions are not enough, the scientists said, and under the business-as-usual scenario, the world runs the risk of consequences so grave that they are irreversible and cannot be adapted to.

“Without additional mitigation efforts beyond those in place today, and even with adaptation, warming by the end of the 21st century will lead to high to very high risk of severe, widespread and irreversible impacts globally,” the report says.

The IPCC assessment is one of the bluntest to date after years of reports that have warned the global community about climate change. Actions by the world’s governments over the next year will reveal whether the science has ignited meaningful action on cutting emissions. In crafting the report, a key summary of findings that would have made it easier to understand was cut because the governments that sign off on the document could not agree on what should be included. That raises questions about whether they can agree on something much more complex, such as reductions in pollution.

“This is the strongest statement yet of the risks of climate change and the steps we need to take,” said Tim Profeta, director of the Nicholas Institute for Environmental Policy Solutions at Duke University. “But at what point does the stridency of the report affect policymaking, so that we take steps commensurate with the risks? Will it change the debate in Peru and in Paris?”

In the United States, proponents of cutting heat-trapping emissions welcomed the forceful report.

“We can’t prevent a large-scale disaster if we don’t heed this kind of hard science,” said Secretary of State John F. Kerry. “The longer we are stuck in a debate over ideology and politics, the more the costs of inaction grow and grow.”

Two weeks ago, the State Department’s top climate envoy, Todd Stern, said the U.S. was considering a proposal to combat climate change that would require countries to offer plans for curtailing greenhouse gas emissions on a certain schedule but would leave it to individual nations to determine how deep their cuts would be.

Earlier approaches taken by the international community to mandate certain levels of emission cuts got little buy-in from large polluters such as the United States and China. But some countries fear that with the approach the U.S. now backs, countries will not make the kinds of reductions needed to keep the average global temperature from rising beyond 2 degrees on the Celsius scale, or 3.6 degrees on the Fahrenheit scale, from pre-industrial levels. The 2-degrees-Celsius threshold is the point beyond which scientists estimate certain catastrophic, irreversible changes would occur.