Posted on February 3, 2015 by Office of Public Affairs 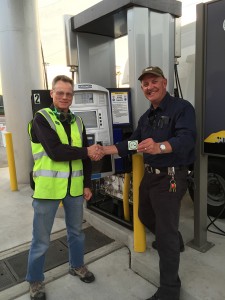 The recent christening of a hydrogen fuel dispenser at the Hydrogen Research and Fueling Facility at Cal State Los Angeles (CSULA) represents a significant milestone in California’s ongoing efforts to counter climate change. The station is the first of its kind in California and the U.S. to pass a key test known as “type evaluation,” administered by CDFA’s Division of Measurement Standards as a legal prerequisite for new makes and models of commercial measuring devices.

Hydrogen and the zero-emission fuel cell vehicles it powers are an important part of California’s leadership in reducing greenhouse gas emissions. CDFA’s Division of Measurement Standards is providing technical expertise and regulatory oversight to help make that clean-air vision a reality.

Hydrogen vehicles are already on the road in California, mainly in commercial fleets. Building a system of hydrogen fueling stations in California is the next step toward wider public use. To make sure that fueling stations – gas, diesel or any other vehicle fuel – are dispensing fuel accurately, CDFA puts each type of dispenser through a rigorous testing process. The hydrogen fueling station at CSULA was tested over a range of fueling conditions to confirm that it performs within established tolerances and specifications. The testing was funded, designed and achieved through interagency agreements between CDFA, the Air Resources Board, the California Fuel Cell Partnership and the California Energy Commission.

“We like to think of our Division of Measurement Standards as a people-powered machine that builds accuracy and fairness into California’s marketplace,” said CDFA Secretary Karen Ross. “We are proud to play a role in maintaining consumers’ faith in the fairness of daily transactions, and we are excited to be a part of this progress toward a broader hydrogen fueling infrastructure.” 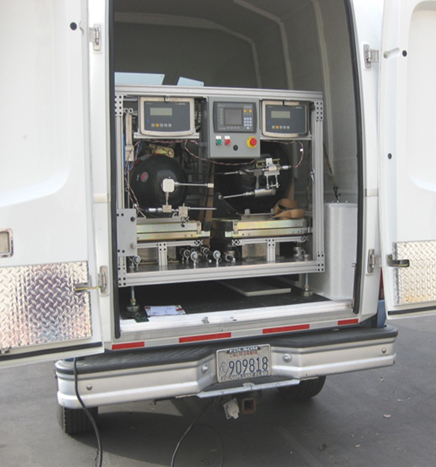