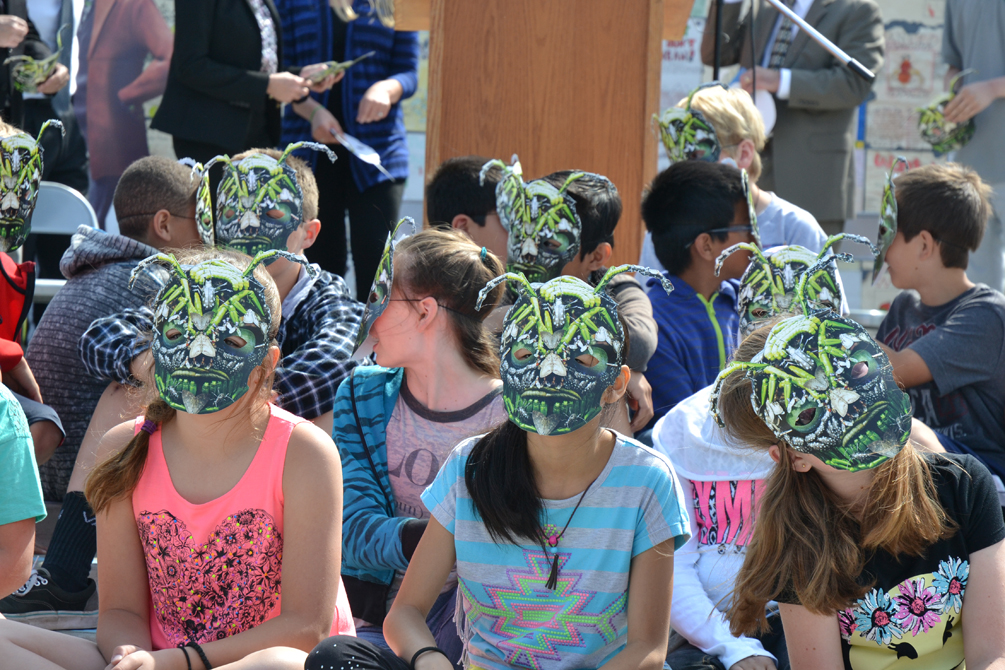 Sixth-graders from Cowan Fundamental Elementary School joined students at nearby Mira Loma High School in the Sacramento area this morning for an energizing and educational event built around the themes of Earth Day (April 22) and invasive species. CDFA Secretary Karen Ross applauded the students’ efforts to learn about the science behind efforts to detect and deter invasive pests and diseases. 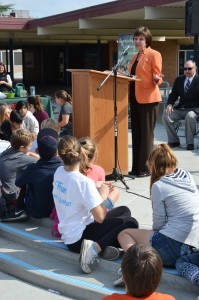 The sixth-graders are launching a new curriculum entitled, “Hungry Pests Invade Middle School,” designed to teach students about the dangers of invasive species, how they harm our agricultural and environmental systems, and what can be done to keep them at bay.

The curriculum was developed by USDA’s Animal and Plant Health Inspection Service (APHIS) and meets Common Core State Standards and Next Generation Science Standards. The curriculum is multidisciplinary and includes English/language arts, history/social studies and math lessons. It is free for teachers to download at www.HungryPests.com.

The high school students have taken a hands-on approach to invasive species through their ongoing restoration project at neighboring Arcade Creek, where weeds and other invasive species are removed and replaced with native plants as students monitor and track their progress, weaving the project into their science curriculum.