The water we eat – from Craftsmanship.net

You drink eight glasses of water a day. But you consume far more through the food you eat. 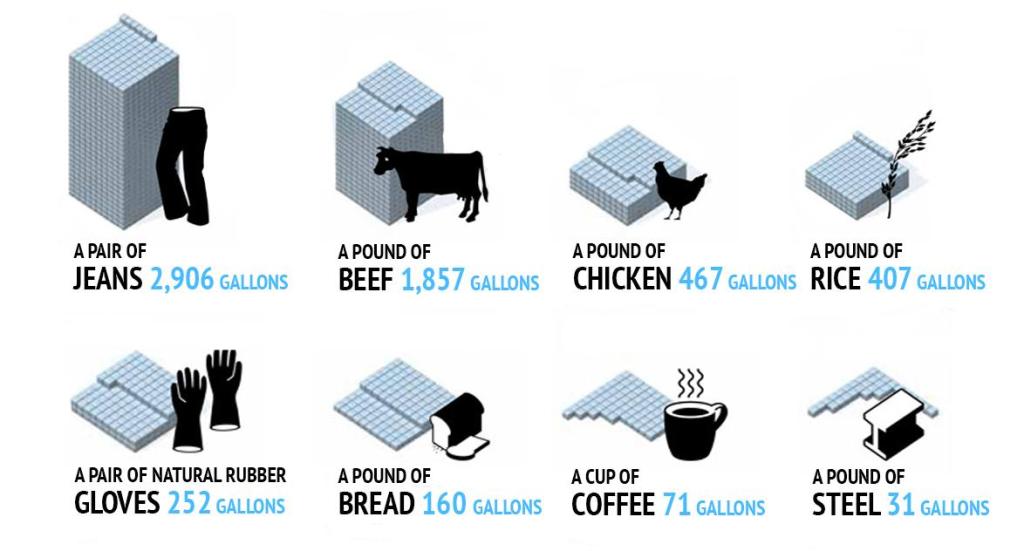 Some consumer items use a lot of water (jeans are among the most demanding), but the bulk of our water goes into food.

With the return of intense drought in California, attention has focused on the “virtual water” that the state exports — just in the food it grows for others.

Overall, however, considering all the people who live in California, the state ends up being a net importer of the water it eats. The big exporter is the American midwest.

The US as a whole then exports our water so the rest of the world can eat it.

A lot of that “virtual water” goes to places without water shortages, such as the dark blue areas on this seasonal map of rain and snow patterns.

So why don’t we just grow food where the water is plentiful, and stop growing it where it’s dry? Take those villainous almonds, for example, which consume a gallon of water per nut. Analysts at Rabobank estimate that 80 percent of the world’s almonds–and 99 percent of those in the U.S.–are grown in California, where crippling droughts are becoming the norm. 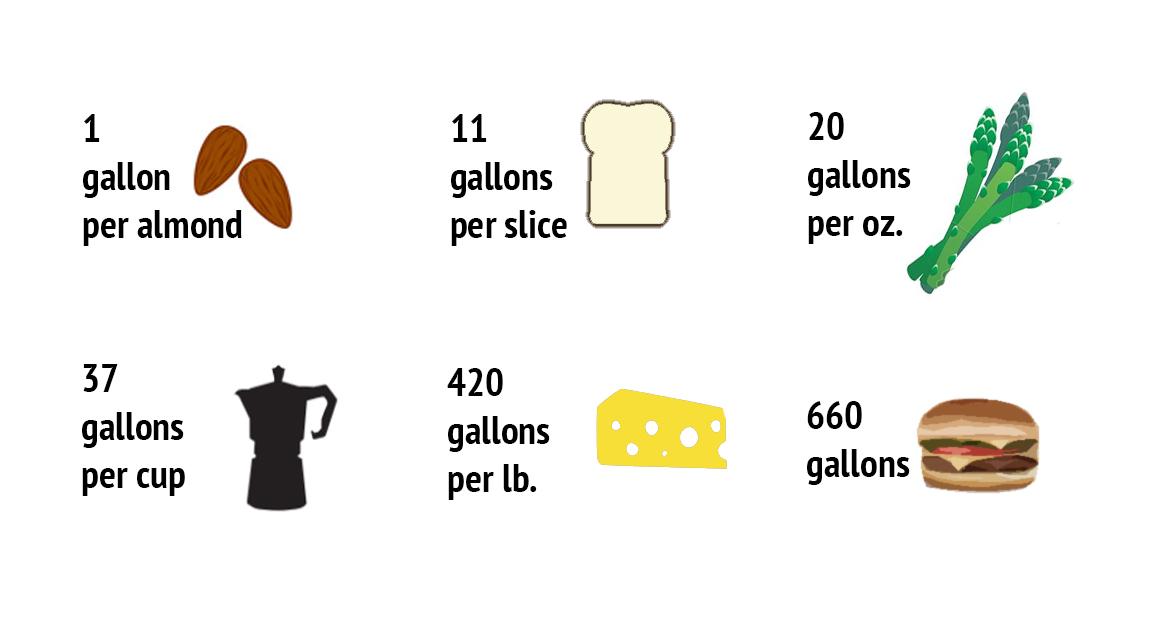 Unfortunately, almonds only grow well in dry climates, and they have flourished in California thanks to the state’s sophisticated (and heavily subsidized) system of irrigation. More important, the water almonds consume is nothing compared to the gallons you’re eating in many other foods.

In some dry areas of the world, farmers are turning to less thirsty crops.

There are lots of nutritious alternatives to the thirstiest foods. And many ways for cooks to make them tasty and appealing. Now we just have to wait for people to start cooking them.

4 Responses to The water we eat – from Craftsmanship.net