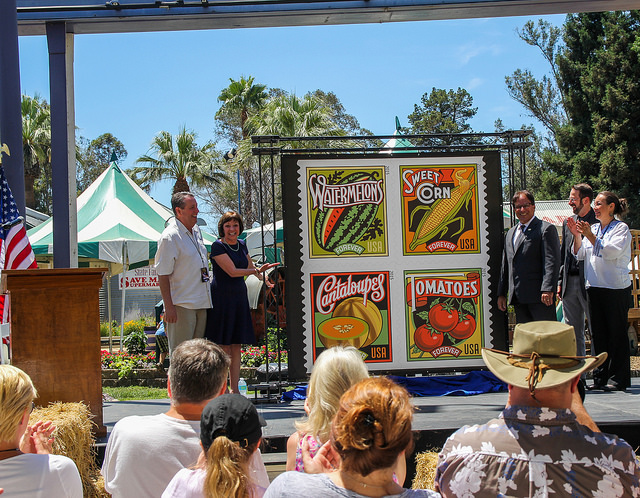 The stamps depict watermelon, corn, cantaloupe and tomatoes, all of which are among the 400-plus commodities produced in California, the nation’s leader in food production

The event was held at The Farm at the State Fair, a living, growing three-acre exhibit that demonstrates the importance of agriculture and food production in California. It includes a farmers’ market stand that symbolizes California’s role as a pioneer in Certified Farmers’ Markets. Governor Brown signed legislation creating them during his very first term in office, back in the 70s.

The art for the four stamps was inspired by vintage produce advertising, including 19th and 20th century shipping crate labels, seed packets and catalogs. Though not all produce was shipped in wooden crates, the stamps are especially reminiscent of vintage labels of that era.