Posted on September 30, 2015 by Office of Public Affairs 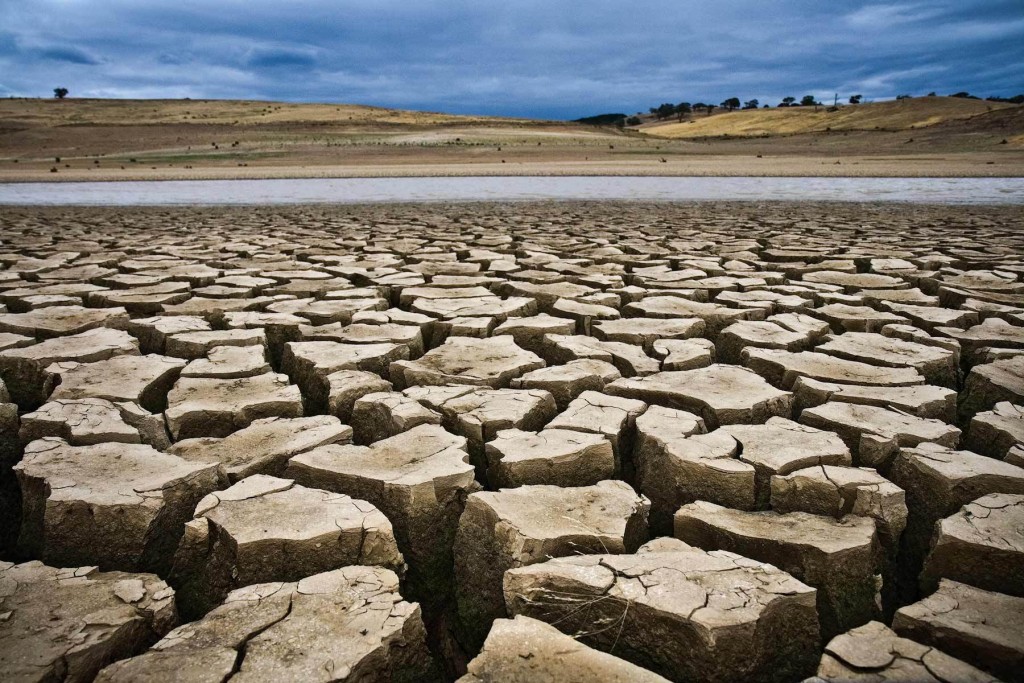 The turn of the calendar from September to October each year goes without fanfare in most of California, but for the Department of Water Resources’ (DWR) State Water Project (SWP), each October 1 is the start of a new water year. Water Year 2015 has been noteworthy for much less precipitation than normal in California, temperatures much warmer than normal and a growing El Niño in the Eastern Pacific that many Californians hope will end the state’s drought. Most of all, Water Year 2015 will be remembered as the fourth year of one of the state’s most severe dry periods on record.

A look back at the water year would not be complete without noting the water conservation efforts undertaken in earnest by Californians following Governor Edmund G. Brown Jr.’s April 1 executive order mandating a statewide 25-percent reduction in potable urban water use. Save Our Water, DWR’s partnership with the Association of California Water Agencies, ramped up its conservation messaging, as did water agencies and municipalities. Many of them encouraged residents to conserve by offering turf and appliance rebate programs. In August, DWR launched its own program with rebates up to $2,000 for turf replacement and $100 for households that replace an inefficient toilet (details here). By late summer, statewide urban water consumption was about 30 percent lower than during the same months in 2013, according to the State Water Resources Control Board.

The statewide snowpack on April 1 held only 5 percent of the average water content on that date in records dating to 1950. The previous low record of 25 percent of average was set in 1977 during one of California’s most significant droughts and was tied in 2014. Of the nine April 1 snowpack values below 50 percent of average since 1950, three have occurred in the past three years of drought.

Lower-than-average precipitation and record warm temperatures during the traditional winter wet season produced the diminished snowpack. According to the California Climate Tracker, the winter average minimum temperature for the Sierra Nevada region was 32.1 degrees Fahrenheit, the first time this value was above water’s freezing point in 120 years of record-keeping. The few winter storms of the past two years were warmer than average and tended to produce rain, not snow.

Most of the rainfall in Northern California, the SWP’s primary water supply region, occurs from November through March, but with virtually no snow in the mountains to melt, storage in the state’s reservoirs also has been much lower than average. DWR continuously tracks storage in 154 reservoirs around the state, and as Water Year 2015 ends, they hold only 54 percent of their historic average. Storage in Northern California’s major reservoirs (as percentages of their historic averages for this time of year) also is far below normal: Lake Shasta (59%), Lake Oroville (48%), Trinity Lake (33%), Folsom Lake (32%) and New Melones (20%).

As the reservoirs’ storage continued to decline, DWR determined that a temporary emergency drought barrier was needed on West False River to block salt water intrusion into the central Delta. The barrier was an essential part of DWR’s strategy to maintain good water quality in the Delta and preserve water in upstream reservoirs to help keep young salmon cool enough to stay alive downstream of dams. The barrier was in place by June, and dismantling began in early September. Removal will be complete by mid-November.

The periodic warming of surface waters in the equatorial Eastern Pacific Ocean, known as El Niño, was first observed in the 1800s and has been studied intensely for its observable effect on weather patterns around the world – including, on occasion, heavy precipitation in California. El Niños are categorized as weak, moderate or strong depending on how much the surface temperatures increase and on certain atmospheric measurements. According to the National Oceanic and Atmospheric Administration’s Climate Prediction Center, there is about a 95 percent chance of a strong El Niño during the coming winter, meaning the water temperature will be 2.7 degrees Fahrenheit or more warmer than normal.

Six strong El Niño events since 1950 produced wet conditions in Southern California, but only the strongest ones in water years 1983 and 1998 brought significant precipitation throughout the state. In the four other strong El Niño years, the critical up-state water-collecting regions received far less rainfall. As Water Year 2015 draws to a close, it is still too soon to know whether the building El Niño will be a drought-buster or simply a bust.

As it does during every water year, DWR will continuously monitor precipitation totals and reservoir storage as California enters its traditional wet season. The first media-oriented manual snow survey of the winter will be conducted in the Sierra Nevada east of Sacramento around January 1. That survey may provide an indication of whether Water Year 2016 will see enough precipitation and enough snowpack to move California closer to the end of the drought. A fifth year of drought certainly is a possibility. California has experienced two six-year droughts in the past nine decades – 1929-34 and 1987-92.

California has been dealing with the effects of drought for four years. To learn about all the actions the state has taken to manage our water system and cope with the impacts of the drought, visit Drought.CA.Gov. Every Californian should take steps to conserve water; find out how at SaveOurWater.com.