Address all factors to improve salmon numbers – from the Sacramento Bee

Posted on August 4, 2016 by Office of Public Affairs

By Don Bransford and Fritz Durst
Special to the Sacramento Bee 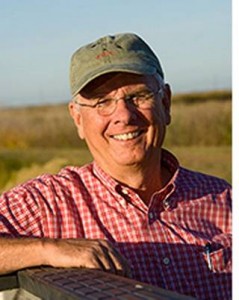 For most people traveling on Interstate 5 in Northern California, Lake Shasta is viewed as a recreational jewel along their journey. The fact is the reservoir is a major workhorse providing flood control, critical storage capacity and water deliveries that provide multiple benefits to the public, farmers, municipalities, aquatic species, waterfowl, wildlife and the environment.

Yet, Lake Shasta is being operated today for the primary purpose of protecting a single fish species at one specific point in its life. That protected species is the spawning winter-run salmon.

The Bureau of Reclamation has announced its summer operation plan for the Central Valley Project, which will finally enable water to flow from the nearly full Shasta Dam. The following day, the National Marine Fisheries Services released its 132-page document “concurring” with the bureau’s summer operation plan and included new data, non-peer-reviewed models and a hypothesis on why the operations plan needed to protect winter-run salmon.

Despite nearly full reservoirs, the bureau’s new plan only allows for the release of water into the Sacramento River at the bare minimum amount needed to provide for all that depend on the diverse ecosystem of the Sacramento Valley. However, this limits diversions to the point that water is so low that some users simply cannot access it.

Additionally, there is a real risk that holding back so much water during the summer will leave the level of Lake Shasta dangerously high moving into winter’s rainy season, which could require large releases of water late in the year to protect against flooding. That would be an unforgivable waste of our most precious water resources.

It is a mistake to believe the only threat to salmon in the Sacramento Valley is water temperature. Certainly, California’s drought has had an impact on salmon, but there have been droughts in the past and there will be more in the future and the fish have survived. To truly improve salmon numbers, now is the time for the government to move away from its current, narrow focus of solely relying on temperature levels for managing one species of fish and begin addressing all factors affecting survival of all species.

The Sacramento Valley Salmon Recovery Program is an innovative effort to enhance critical habitat and improve the passage for all salmonid species in the Sacramento Valley involving a unique coalition of farmers, water providers, conservationists and regulators who are driven by the mindset to “fix it” rather than “fight it.” This approach has led to tremendous progress on projects that have had a positive impact on all salmon, yet more work will be required in the future.

Through the efforts of the Salmon Recovery Program, more than 200,000 tons of clean gravel has been reintroduced to waterways to improve the spawning grounds and salmon habitat. The program also has sought to protect and enhance migrating salmon by removing barriers and aging infrastructure that impeded passage.

Fish screens have been installed to create a barrier between the fish and the river, protecting adult fish that are migrating up the river to spawn, as well as juvenile fish beginning their journey out to sea. And a series of flow agreements are in place for every major watercourse in the Sacramento Valley that connects to the Sacramento River to support spawning fish through the release of cold water.

These are significant projects resulting from the shared commitment to enhance habitat for all salmon in the Sacramento Valley. As demonstrated, the reality is that there is not one quick fix but a complex set of challenges that must be overcome to restore salmon numbers.

See the original piece from the Sacramento Bee online here.