The merits of measurement – National Weights and Measures Week

Posted on March 3, 2017 by Office of Public Affairs 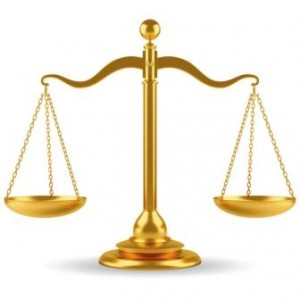 Among the celebrations occurring in March each year are Girl Scout Week, National Cheerleading Week, and National Button Week.  Here at the Department of Food and Agriculture we celebrate Ag Day (March 22,2017 ), and our Division of Measurement Standards (DMS) joins its cohorts around the nation to celebrate National Weights and Measures Week (March 1-7).

The national system of weights and measures is essential in the regulation of commerce  – legal requirements that protect consumers every time they go shopping.  For example, accurate grocery scales and gas pumps, shelf-pricing that matches prices charged at the register, and fuel quality that matches the octane rating when a motorist buys gasoline.

There’s serious money at stake if the weights and measures are off, even by a little.  Take fuel for example.  In 2015, 15.1 billion gallons of gasoline and 4.2 billion gallons of diesel were sold in California, according to the State Board of Equalization.  That’s roughly 53 million gallons of fuel sold every single day!  If the average price of fuel is $2.75/gallon, and the dispensers are off either way by just half a percent (0.5% is the legal limit for meter error), this would cost $2.6 billion annually.  Note:  An inaccurate meter or scale can go in either direction, so the desire for accuracy (and cost savings) is just as important to the retailer as it is the consumer.

There are many different types of commercial weighing and measuring devices, and in a state the size of California, that adds up to over 1.5 million commercial scales and meters.  For this reason, county sealers and their staff perform the bulk of inspections under DMS’ guidance.

Watch these videos about CDFA’s Division of Measurement Standards: