Posted on February 22, 2018 by Office of Public Affairs 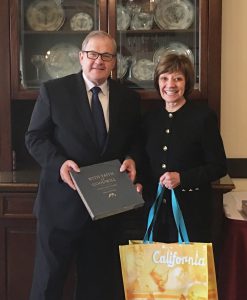 As NAFTA renegotiation occurs at the federal level, underscoring the importance of California-Canadian trade is important. It is estimated that California agricultural exports to NAFTA countries supports more the 36,000 jobs.

In her meeting with Minister MacAulay, Secretary Ross highlighted some priority California issues related to wine, dairy and produce and thanked Canada for their ongoing friendship and continued engagement on the issues.

This entry was posted in Trade and tagged Canada, NAFTA. Bookmark the permalink.