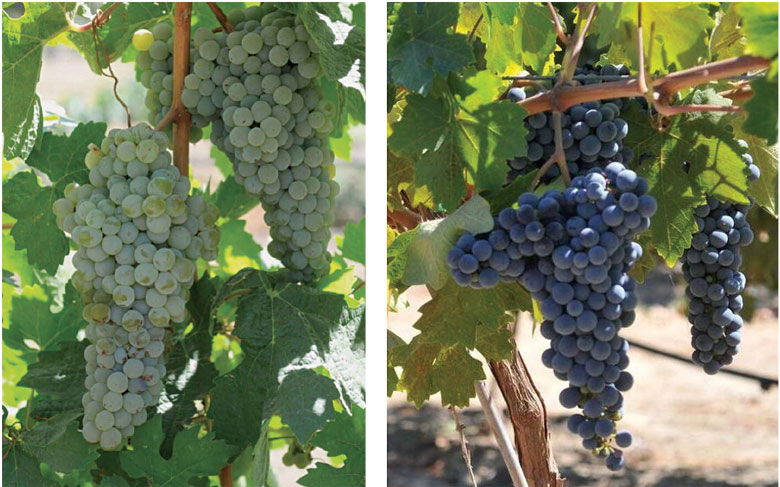 Pierce’s disease research developments include disease-resistant winegrape clones that are promising but have yet to become commercially available.

San Rafael, Calif.—In 1999, vine deaths in large portions of vineyard acreage in Temecula made it clear to the California wine industry and state, local and federal agencies that the glassy-winged sharpshooter’s (GWSS) vectoring of Pierce’s Disease (PD) put the entire state grape crop at risk.

The next year, the California Department of Food and Agriculture established the Pierce’s Disease Control Program (PDCP) to work with the grape industry, the US Department of Agriculture, County Agricultural Commissioners, the University of California and other state and local agencies on this serious problem.

Due to the limited knowledge of PD and GWSS, the early emphasis was on funding research to develop new and better ways to manage the PD/GWSS issue. Recognizing the need and value of addressing this problem, and with the federal and state governments spending millions of dollars to control the spread of GWSS, the California winegrape industry chose to shoulder its share of the financial costs.

In 2001, an annual, value-based assessment on wine grapes was established, primarily to fund PD/GWSS research. To date the assessment has generated more than $55 million.

New approaches included inoculating vines with a benign strain of Xylella fastidiosa (Xf; the pathogen causing PD) to prevent the colonization of the naturally occurring virulent Xf strain; using a mixture of bacteriophages that kill Xf, and applying a chemical called diffusible signal factor to vines to prevent Xf from moving and spreading. (The results from every PD/GWSS assessment-funded research project from the research symposium proceedings are posted at www.cdfa.ca.gov/pdcp/research.html.)

A very important milestone in PD/GWSS research was the University of California, Davis (UCD) Foundation Plant Services’ 2017 pre-release of five winegrape clones highly resistant to PD to participating nurseries. Wine has been made from each one and subjected to detailed tasting. They were developed by Dr. Andy Walker of UCD’s Department of Viticulture and Enology using conventional breeding practices.

New genomic techniques enabled Walker to identify PD-resistant genetic markers within months of seed germination so that new backcrosses could be made quickly. This resulted in a significant shortening of the standard breeding timeframe to develop PD-resistant vines that then could produce fruit to make wine for tasting trials. The clones are not yet available to growers while intellectual-property aspects of the new clones are addressed.

Assessment-funded research has produced several novel approaches to managing PD/GWSS. The University of Florida’s Dr. Don Hopkins identified a benign strain of Xf that, when present in a grapevine before colonization by the natural virulent strain, prevents the development of PD if the vine subsequently becomes infected by the virulent strain. Dr. Hopkins is working with a private company to develop this practice commercially.

More recent research by Cal-Berkeley’s Dr. Steve Lindow has identified a diffusible signal factor (DSF) that is produced by Xf during the later stages of vine colonization. When Xf first enters the vine, it moves around through the plant’s xylem system. When populations build up, the concentration of DSF also builds up, signaling the bacterium to stop moving and instead form clumps. Lindow has observed that high concentrations of DSF causes abnormal behavior of Xf and reduces its virulence in the vine. He is working on a way to get DSF into vines that might be adapted to commercial vineyard management. One idea would be to spray it on the vine in a formulation that would result in the DSF being absorbed and preventing the development of PD if the vine becomes infected with Xf.

Another significant development occurred in 2009 when the legislation for the PD/GWSS assessment was expanded to include research and outreach on other important pests and diseases of wine grapes. To date research has been funded on the European Grapevine Moth, red blotch virus, leafroll viruses, fanleaf virus, the Brown Marmorated Stink Bug and the Vine Mealybug. One early success from this research is the development of a PCR assay for all variants of grapevine leafroll-associated virus-3 that soon will be available for virus screening of planting stock.

While the PD/GWSS Board and assessment have led to important research, the PDCP also has generated its share of successes in PD/GWSS containment and management. When the PD/GWSS problem’s magnitude was realized in 1999, the potential for rapid spread of GWSS throughout California was huge, due to the large host range of GWSS and the concentration of production facilities in the infested areas of southern California that ship nursery stock throughout the state. While assessment funds were not used for containment efforts, some very key research was funded to develop procedures for these nurseries that reduced the cost of containment and to work on pesticide-resistance strategies used in the containment program.

Since the start of the PDCP, more than 2.56 million GWSS biological control agents have been released in agricultural, riparian and urban environments in California. In 2016, three species of egg parasites of GWSS were reared at the CDFA Arvin Biological Control Facility in Kern County and, when released, the three species collectively parasitized approximately 65 percent of GWSS eggs sampled in Fresno, Kern, Tulare, and Ventura counties.

One final, less obvious success attributable to the PDCP is the development of a network of industry groups, government agencies, university researchers and Cooperative Extension agents that can react quickly and effectively to address emerging pest problems. The eradication of EGVM in the North Coast of California, achieved in 2012, is an outstanding example.

In conclusion, I feel the grower-supported PD/GWSS research program demonstrates that great advances can be made in viticulture when significant money is made available for basic and applied research in a consistent way. It attracts the best minds to address a problem and provides sufficient financial resources to perform the research in a timely manner to solve serious problems facing the winegrape industry.

Cliff Ohmart, Ph.D., was a senior scientist for SureHarvest for eight years and author of View from the Vineyard: A Practical Guide to Sustainable Wine Grape Growing. Previously he served as research/IPM director at the Lodi-Woodbridge Winegrape Commission. He has been writing about sustainable winegrowing issues for Wines & Vines since 1998.

This entry was posted in Glassy-winged Sharpshooter, Pierce's Disease. Bookmark the permalink.