World Metrology Day 2012 Honors the “Weight of the World”

Posted on May 17, 2012 by Kristin Macey, Director, CDFA Division of Measurement Standards 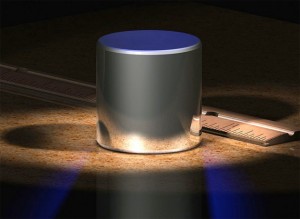 First things first: this blog post is about metrology, not meteorology. Meteorology is the study of the Earth’s atmosphere and weather. Metrology is the science of measurement. Both are important sciences that impact our everyday lives, but in different ways.

A little known but critical function, metrology is one of the responsibilities of the Department of Food and Agriculture, which is California’s official keeper of the state’s physical standards of mass, volume, time, temperature, and length. These standards form the legal and scientific basis for all commercial transactions involving weights and measures. Since both buyer and seller rely on accurate measurement during commercial transactions, this function is the fundamental first step to providing equity and consumer protection in the marketplace.

California’s official state standards are regularly calibrated to the federal standards held by the National Institute of Standards and Technology at the U.S. Department of Commerce. The U.S. standards are based on an international standard, The International Prototype of the Kilogram, which is a one-kilogram weight made of platinum and iridium that is kept just outside Paris, France in a vault at the International Bureau of Weights and Measures (BIPM). It could truly be considered the “weight of the world,” as it facilitates the globalization of manufacturing, marketing, and distribution and allows for confidence between international trading partners.

This essential system was established by The Metre Convention, which was signed in 1875 and is now observed by 56 nations demonstrating equivalence between their national measurement standards.

As for World Metrology Day, it is celebrated every May 20 in recognition of the signing of the Convention. This year’s theme is “We Measure For Your Safety”.

For additional information about the Department of Food and Agriculture’s accredited metrology laboratory, please visit the Division of Measurement Standards website.