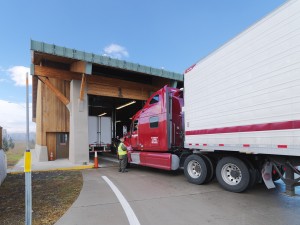 Under a $1.432 million interagency agreement (IAA) with CalRecycle, California Department of Food and Agriculture (CDFA) agents who review vehicles at border inspection stations have have added a non-agricultural pest to their “no entry” list:  fraudulent recyclers.  The agents are keeping track of recyclable beverage containers being brought in from out-of-state in an effort to cut down on a particularly costly form of fraud.

This past summer the two agencies conducted a pilot project at all 16 of CDFA’s border inspection stations, and here’s what they found:  From June to August, 3,588 vehicles were identified as importing out-of-state beverage containers. 528 of the vehicles were rental trucks full of out-of-state beverage containers.  That was plenty of evidence to move forward with the interagency agreement, which is already inked and operative. The project is a model of efficiency and cooperation in government, and it is poised to save the state millions in the coming years.

Losing a nickel or a dime per beverage container may not seem like much, but the Department of Justice estimates that losses could be as high as $40 million annually. Perpetrators don’t just bring in bags or boxes of recyclable containers; they rent commercial-size trucks and pack them to the ceiling, among other methods.  It may seem to some like a lucrative “business opportunity,” but it’s fraud, just the same.