Posted on December 10, 2013 by Office of Public Affairs 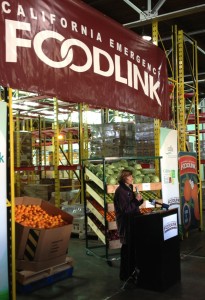 In recognition of December as Farm to Food Bank Month, CDFA Secretary Karen Ross today joined the California State Board of Food and Agriculture at California Emergency Foodlink, the nation’s largest food bank. The event highlighted food donation by farmers and ranchers and and reiterated the need for food donations statewide. 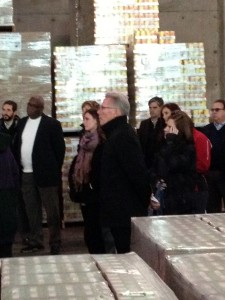 California State Board of Food and Agriculture President Craig McNamara (center-front) looks on during a tour of the Foodlink facility. Cases of milk are in the foreground and cases of canned carrots are in the background. 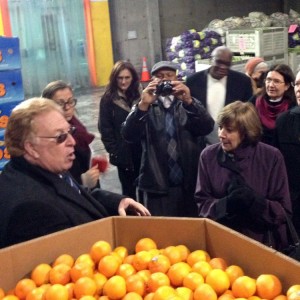 California Emergency Foodlink President/CEO John Healey discusses California-grown citrus donations with Secretary Ross and others during a tour of the Foodlink facility.