TPP will benefit California – from the California Farm Bureau federation

Posted on November 6, 2015 by Office of Public Affairs 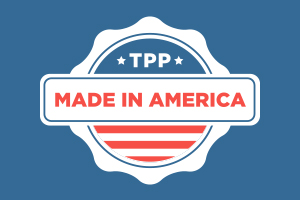 With the release of the full text of the Trans-Pacific Partnership trade agreement, the California Farm Bureau Federation urged the state’s congressional delegation to support the agreement. The TPP would reduce barriers to trade among the United States and 11 other Pacific Rim nations.

“We’re glad to have the text of the agreement available, and we expect that to ease concerns people might have about the TPP,” CFBF President Paul Wenger said. “Fairer, more open trade will benefit people in all the countries represented in the agreement and in California, the opportunity to sell more goods in other countries will lead to new opportunities in both rural and urban areas.”

Because of California’s proximity to the Pacific Rim nations participating in the Trans-Pacific Partnership, Wenger said the state is “uniquely positioned” to gain from it.

“California-grown food and farm products have a worldwide reputation for high quality, and our ports have the ability to deliver those products efficiently,” he said. “Farm exports provide jobs in rural areas, of course, but also lead to jobs at warehouses, ports, trucking companies and other urban businesses that move farm goods to customers around the world.”

For that reason, he said, California congressional representatives should support the TPP.

“We will be working with our representatives in Congress to describe the benefits of the agreement to their constituents, no matter what part of the state they represent,” Wenger said.