Farms + Data: Most California farms are family-run, and farmers are aging

Posted on June 6, 2017 by Office of Public Affairs

Who’s on the California farm?
From 1980 to today, California’s population has grown from 23.7 million to more than 39 million. That’s up 65 percent – and the vast majority of those folks are in urban and suburban areas. Our rural population remains well under one million in California by USDA’s measure and has grown at a slower rate than the more urbanized areas, about 46 percent over the same period. 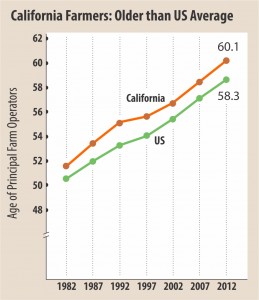 The average age of a California farmer rose from 56.8 years in 2002 to 60.1 in 2012. That’s a year and a half older than the national average of 58.3 years. More of those farmers are diversifying their businesses and/or working multiple jobs, too – 54.5 percent of operators listed “farming” as their principal operation in 2012, compared to 61.7 percent in 2002. 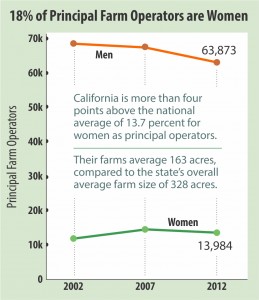 This entry was posted in Agricultural Education. Bookmark the permalink.

2 Responses to Farms + Data: Most California farms are family-run, and farmers are aging